After spending a night in Serti, I moved to a small village called Bodel not far from Serti town where the main gate of the… 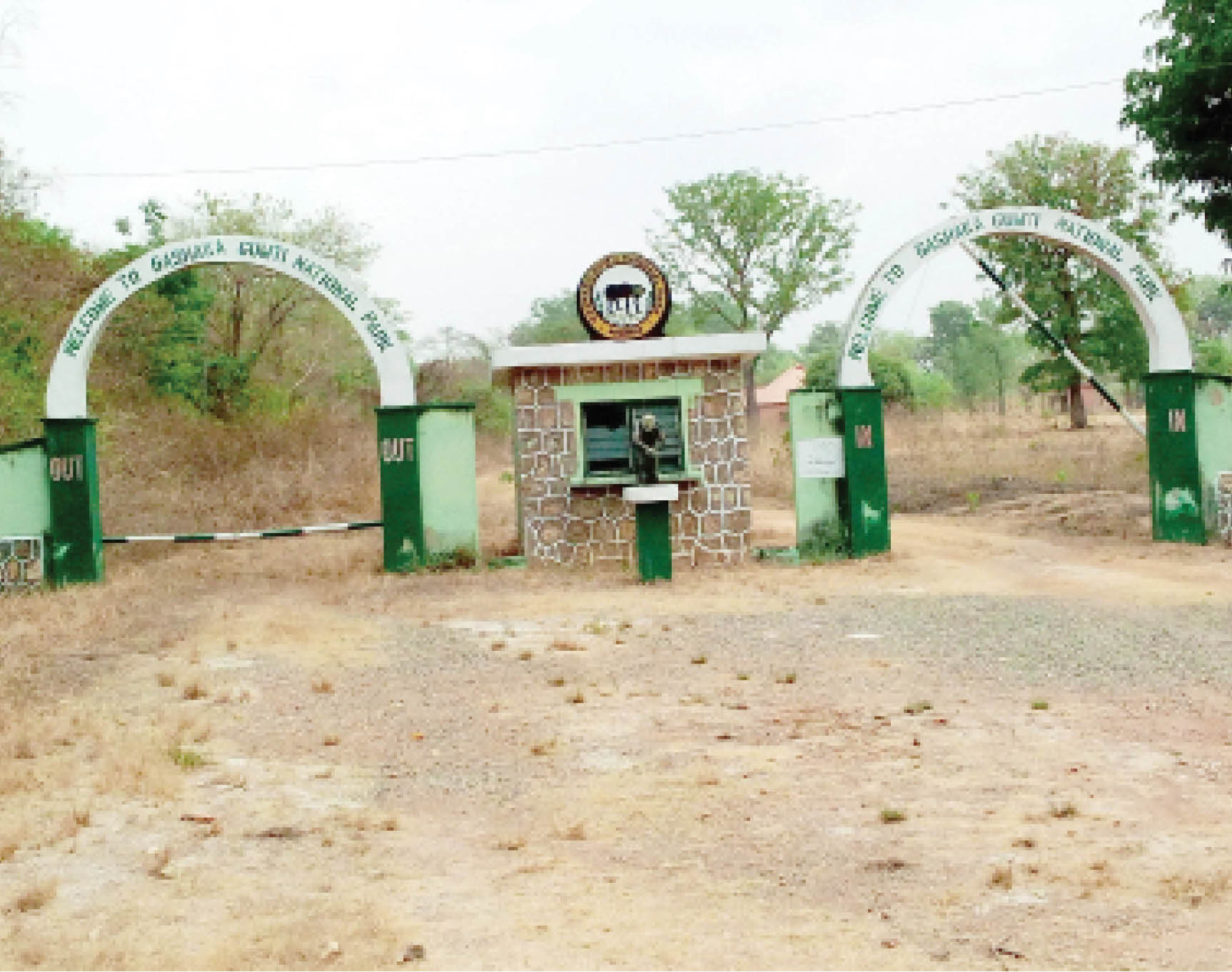 A visit to the Gashaka Gumti National Park is revealing and exciting.

My journey started from Jalingo, the Taraba State capital, to Garba Chede town, then Bali and into Jamtari Forest to Serti, the headquarters of Gashaka Local Government Area.

After spending a night in Serti, I moved to a small village called Bodel not far from Serti town where the main gate of the park is located. The chirping of birds welcomes one on entry through the gate on the Serti-Gembu Highway. From the gate one begins to notice the goodness of nature.

As you continue going into the forest you come across spectacular biodiversity, including rivers, trees, waterfalls, flowers and mountains.

The park is rated one of the largest in West Africa and one ofthe best in terms of beautiful scenery.

Going further into the park is really an adventure as the forest is home to wild animals and birds, as well as different species of water animals, including hippopotamuses and crocodiles.

The park stretches from the Gashaka axis to Gumti in Toungo LGA of Adamawa State and covers 6,730 square kilometres.

It started as a forest reserve in 1970 and was transformed into a park in 1991 because of its rich biodiversity and ecosystem.

Records show that the park derived its name from two of the area’s oldest and historic settlements: Gashaka village on the Taraba side and Gumti village on the Adamawa side. The unique nature of the park is that it is home to over 500 species of wildlife and close to a million birds.

Daily Trust on Sunday was informed by the authorities of the park that thousands of birds migrated into the park yearly from across the world.

A worker in the park told Daily Trust that, “Researchers take advantage of the migration of the birds to visit the park from prestigious institutions across the world. They also conduct researches on wildlife generally.”

Further findings revealed that the park is a multi-diverse conservation enclave, as the highest mountain peak in Nigeria, the 2,400-feet Chappal Waddai Mountain, is also located inside the park.

Once you sight this mountain you will conclude that the footage you see of parks across East Africa has no match to what is obtainable inside the Gashaka Gumti National Park.

Apart from the uncommon ecosystem and size of the park, it has five ecological zones: Scrub Savannah, Sudan Guinea, Rain Forest, Montane Forest and Grassland.

There are also the rare mountain reedbucks, while the hippos, crocodiles, otters, as well as a wide variety of fishes are found in the rivers in the park.

Despite its rich ecosystem and biodiversity, there is inadequate infrastructure for tourists in the park. The chalets in the Serti Tourists Camp and inside the park need to be upgraded to meet international standards.

This lack of infrastructure and other facilities has seen the number of tourists and researchers from within and outside the country decline in recent time.

A staff of the park who will not like his name mentioned said there were many factors that caused the reduction of the number of local and foreign tourists coming to the park.

He said the security situation in the country and lack of infrastructure, as well COVID-19, were some of the factors responsible for the decline.

He further said the issues had affected the revenue generation of the park, adding that the federal government was not also paying the desired attention to the park.

Daily Trust, however, learnt that of recent, there were security challenges in the park as result of the activities of poachers, kidnappers and illegal grazing, and in some instances attacks on rangers patrolling the park.

It was further gathered that the rangers are not well armed and there are no enough patrol vehicles to patrol the entire park, hence  many rangers had lost their lives during patrols.

Another staff of the park who

would also not like his name mentioned told Daily Trust that the park, if properly developed and secured, was capable of generating huge revenue.

He said the park had suffered neglect because most of the buildings were erected many years ago and that basic infrastructure like roads, electricity, bridges and helicopters were supposed to be provided in order to attract tourists.

To help the patrol aspect of the park, a Non-Governmental Organisation (NGO), Africa Nature Investment (ANI), donated firearms, uniform and other equipment worth N74.5m to the park, and trained 43 rangers working there.

The Executive Director of ANI, Dr Tunde Morakinyo, said in 2018 the park and his NGO signed a 30-year agreement for the NGO to provide technical, financial and management support to the park.

He explained that ANI was not for profit and that it was established by Nigerian professionals from the private sector to protect wild places and wild animals that were strategic to Africa’s development.

“We aim to make Gashaka Gumti National Park a spectacular and secure destination for tourism that all Nigerians will be proud of and to demonstrate that a national park can contribute to the country’s economic development,” he said.

He said this year ANI would commence helicopter flights to support the foot rangers’ patrol and would also train more rangers.

The Conservator General of the National Parks Service (NPS), Dr Musa Goni, revealed that the park was confronted with security challenges that included poaching, logging, kidnapping, grazing and mining.

Dr Goni who spoke at the park during the Passing Out Parade (POP) of 43 rangers trained by ANI recently, revealed that criminal elements were using AK-47 rifles to attack rangers.

He said, “It’s instructive to note that the government cannot tackle this menace alone, hence the collaboration with relevant entities like ANI.”

Dr Goni expressed appreciation to ANI for donating firearms, uniform materials and patrol equipment and for training and equipping rangers for effective patrolling of the park.

The Conservator of Gashaka Gumti National Park, Mohammed Kabir, said the influx of tourists increased over the years but dropped as a result of COVID-19 and security challenges.

He said the park had lodging facilities at the Serti Transit Camp and in Toungo, with five four-wheel drive vehicles in the park, adding that the federal government was funding the park properly, but that there was the need to increase the funding for the improvement of infrastructure.

He said ANI was providing good intervention in the park in the areas of training and equipping rangers and upgrading of facilities.

Kabir further said, “The partnership between the park and ANI has started yielding the desired results. We urge the organisation to sustain its effort in helping the park to develop.”

He revealed that the Wildlife Conservation Society (WCS) was now financing cross border patrol against wildlife trafficking along the border area with Cameroon Republic in Toungo.

The Lamdo Gashska, Alhaji Zubairu Hamman Gabdo, expressed delight over the effort of ANI in assisting the park to rebuild its capacity.

Alhaji Gabdo said the park was the best in terms of wildlife and other potentials which if fully harnessed would create job opportunities for the local population and also generate good revenue for the government.

“As leaders we welcome any effort that is aimed at securing the park and also making the park to meet international standards,” he said.