The Akwa Ibom State governor, Udom Emmanuel, has received members of the Peoples Democratic Party (PDP) who left the party back into the fold. Speaking… 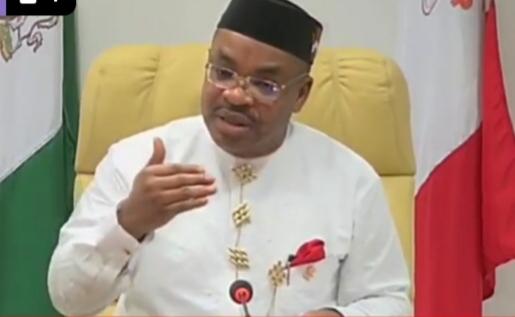 The Akwa Ibom State governor, Udom Emmanuel, has received members of the Peoples Democratic Party (PDP) who left the party back into the fold.

Speaking during the weekend at the Awa Iman Ward 1 PDP meeting at the Awa Iman Civic Centre in Onna LGA, Governor Emmanuel, who described the development as an indication of the party’s dominance in the state, assured the returnees of a sense of belonging in the party and urged party members across the 329 wards of the state to embrace and integrate the returnees in the fold.

Buratai to sue Sahara Reporters over N1.85bn loot linked to him

He said, “We are holding ward meetings to look at our ward structures, to do a review and also receive decampees. In all the 329 wards of the state, we are receiving returnees to the party; 20,000 people returning to the party, and there is no way we could have done that at one location.

“What we are doing today is also to reassure the people that this is a PDP state and that we are ready to hold the ground and win the game.”