A day with fish merchants of Lagos

Fishing is an age-long occupation in Nigeria. From time immemorial, fishing has been considered a noble and lucrative business peculiar to dwellers in riverine areas.… 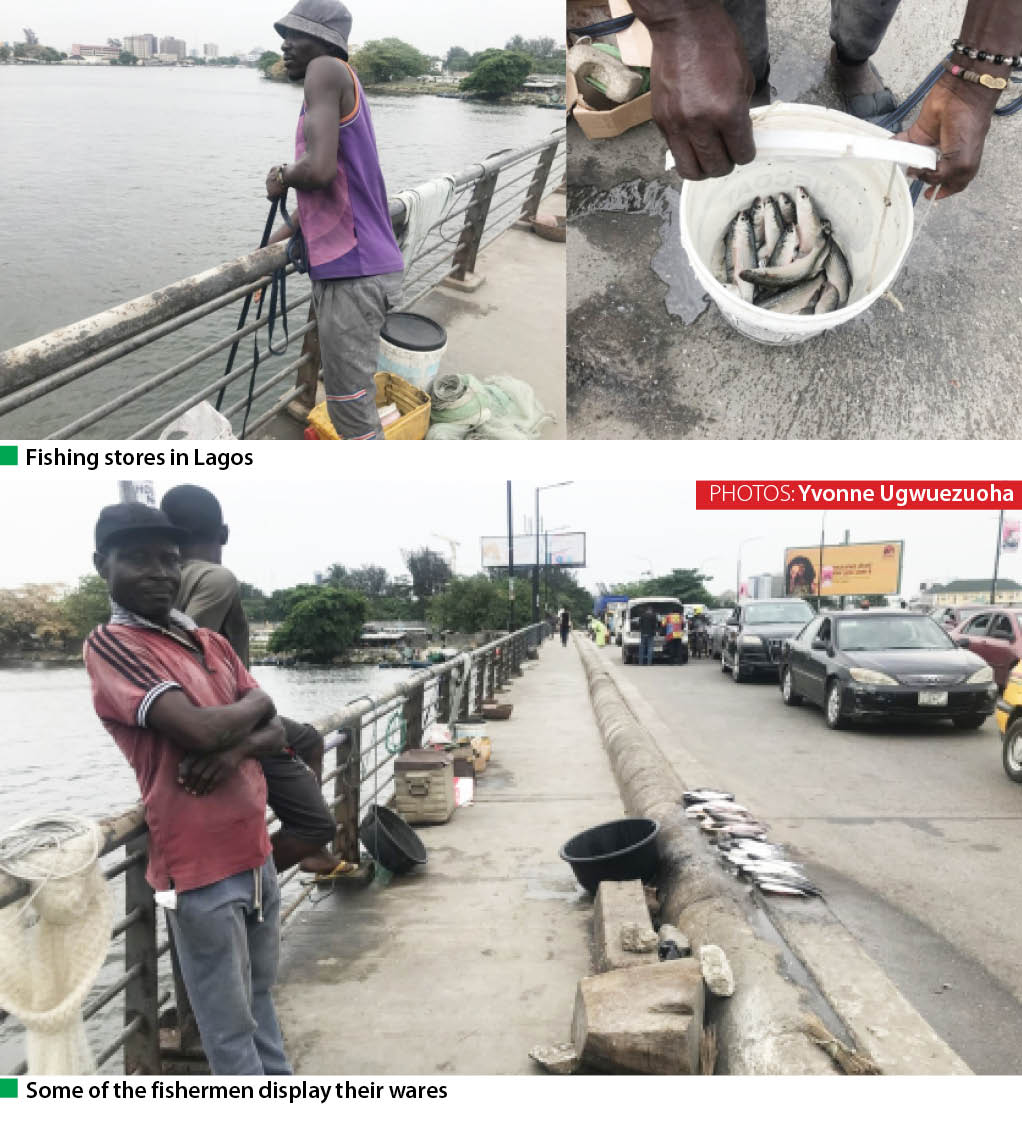 Fishing is an age-long occupation in Nigeria. From time immemorial, fishing has been considered a noble and lucrative business peculiar to dwellers in riverine areas.

Even in recent times, with the paradigm shift in means of livelihood and the advent of technology, fishing is still considered a lucrative business as humans cannot stop the consumption of the aquatic animal, a major source of protein in the human body, thereby allowing fishermen to make profit and remain in business.

Aside from her famous appellation of the ‘Centre of Excellence’, Lagos State is also prominently acknowledged as the ‘State of Aquatic Splendour’. The state has about ten Lagoons, with the Lagos and Lekki Lagoons being the major ones. Little wonder, artisan fishermen are everywhere in the state eking a living from the abundance of nature.

According to Ayodele Onoba, one of the fishermen by Onikan in Lagos State, some of these fishermen have been in business for over 20 years, fending for themselves and catering for their families through the fishing business.

“All the fishermen here belong to the same association. Some of them have been in business for over 25 years. We have a levy we remit to the association every year. We usually come out in the evening from 4pm during the weekdays and 8am on weekends.

“During the weekends, we start early in the morning around 8am and stay till 8pm. But on working days, we usually come outside in the evenings. We fish here sometimes but we go to sea other times. We can set out by 6pm and come back early in the morning the next day. We usually catch small fish here, but the big ones are caught from the other side,” Onoba explained.

He noted that some of them learnt the trade from their parents.

“As little children, this was our way of relaxing. We relaxed by fishing. However, the business aspect has now been introduced. Our parents were also making money but that was not the sole purpose back then,” he said.

In terms of profit making, Onoba said he couldn’t disclose how much they make daily. However, he said that they usually sell off all the fish before heading home, adding that prices of fish remain the same at any time, no matter the conditions which might deter them from catching fish.

“The increase in fuel price and the scarcity of the products affect us but it doesn’t influence the price of fish. We make profits anyway. Some people come here and price higher, even above the price. While some people come here and price lower. The only downturn is that some of the fishermen are not able to go to sea to catch fish because they don’t have fuel to power their boats. But we still sell the same price, no matter the condition of the water or increase in fuel price. If you go to the base, you’ll just find them sitting down there doing nothing because there is no fuel to power their boats,” he said.

Onoba boasted that fishermen in the area have the best fish which always attracts customers to them.

“We have one of the best fresh fish. So, people always come here to buy. Some of our customers like live fish. They prefer the live fish to the dead ones and we make it available for them,” he said.

Another fisherman from the association, Bolaji, disclosed that he had been in the business for more than 10 years. Adding that he makes profit from the business enough to cater for his family.

He said, “I have been in this business for more than 10 years. I fish from this river and go to the sea other times.

“There are some fish we sell for N2,000 and others for N5,000. It is open for negotiation. But we sell off all our fish before leaving.”

Bolaji added that though the price of fuel is on the rise, it doesn’t prompt them to increase the prices of the fish.

He stressed that no matter the situation in the country, fishermen are always needed because fish and other sea animals constitute a major source of protein which is required for good nutrition and healthy living.