Experts have said the request by the Central Bank of Nigeria (CBN) that the MTN Group should refund 8.1 billion dollars illegally repatriated from Nigeria… 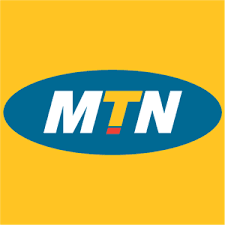 Experts have said the request by the Central Bank of Nigeria (CBN) that the MTN Group should refund 8.1 billion dollars illegally repatriated from Nigeria would jeopardise the listing of its shares on the Nigerian Stock Exchange (NSE).

The financial experts said this in separate interviews with the News Agency of Nigeria (NAN) on Wednesday in Lagos.

NAN reports that the CBN had ordered MTN and four banks to refund $8.1 billion illegal capital repatriation from its Nigerian operations to offshore investors. MTN has denied the allegations.

The Securities and Exchange Commission (SEC) said it had not received any application from the MTN Group regarding its proposed initial public offering (IPO).

He said he expected a resolution on the matter to avoid a systemic banking crisis given that the repayment of 8.1 billion dollars, which is about half of MTN’s market capitalisation, could threaten its Nigerian bankers.

“Talking about the CBN allegation that MTN repatriated 8.1 billion dollars out of the country.

“It is an issue that can be resolved by the two parties because there is no way such huge amount of money could have been transferred by the commercial banks without the knowledge and approval of CBN in the first place.

“Let MTN and the affected banks engage with the relevant authorities and face CBN to vigorously defend their position on this matter,” Okezie said.

Okezie blamed the delay in the listing of MTN shares and those of other foreign companies on NSE on lack of a regulating law in the Nigerian financial market.

He said the growth of the Nigerian capital market was tied to the effectiveness of its regulatory framework.

“Normally, if there is a functional law in place, after operating for a minimum of three years, the foreign company if not yet listed is supposed to be compelled to do so.

“But MTN has been in operation in Nigeria since 2001, yet it is not listed on NSE. So, it is obvious that MTN Group does not want Nigerians to benefit from its shares.

“All the Group is interested is how to do business, make profit and repatriate the proceeds to their home country to the detriment of the Nigerian economy.

“Therefore, it behoves on SEC to formulate and implement the appropriate regulatory framework to guide the operations of the NSE,” Okezie said.

Nwosu said the more MTN delays the offer, the more the market players and the public believe there was crisis.

According to him, postponing the offer is not the best option because it damages investors’ confidence and jeopardises the telecom company’s proposed public offer in Africa’s largest economy.

“The denial of an IPO application by MTN to SEC signifies doubt over the extent of preparation on the part of MTN to be listed on the NSE this year.