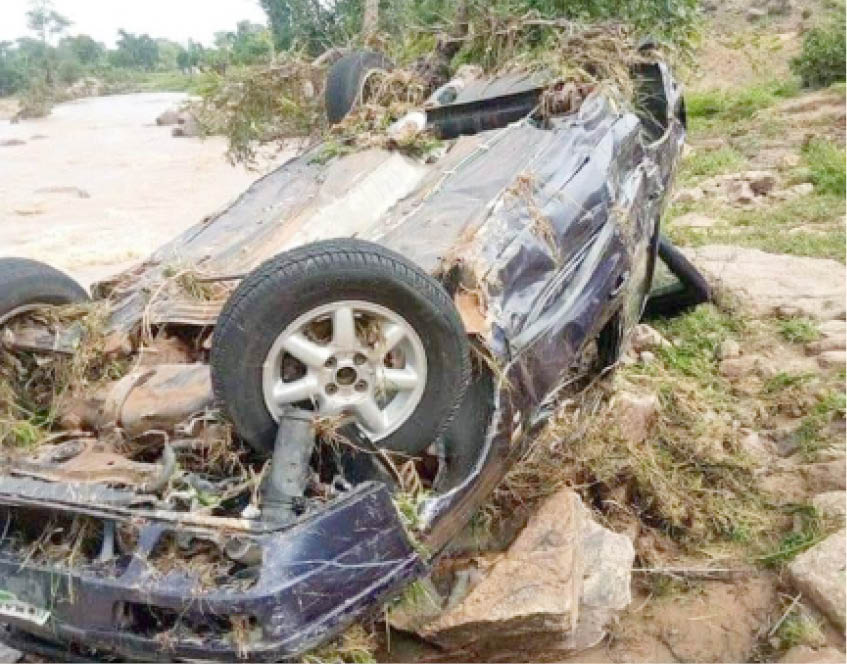 FILE PHOTO: A car involved in an accident

No fewer than seven persons have lost their lives in an auto crash involving an 18-passenger bus and a Toyota car that had a head-on collision along Agbado/Iluomoba/Aisegba Highway in Ekiti State Wednesday night.

An eyewitness told journalists in Ado Ekiti Thursday that one of the vehicles was avoiding a pothole when it collided with the other vehicle.

He clarified that seven passengers lost their lives and their remains have been deposited in the morgue.

“Those who lost their lives had been deposited in the mortuary. They were all male passengers. They were occupants of the two vehicles.

“The passengers that suffered varying degrees of injury are presently being treated at the Afe Babalola MultiSystem Hospital in Ado Ekiti,” he said.