5 years after: Why Nigeria still can’t export beans to Europe

Nigeria’s hope of importing dry cowpea (beans) to the European Union countries has again been dashed this year. This is as a result of the… 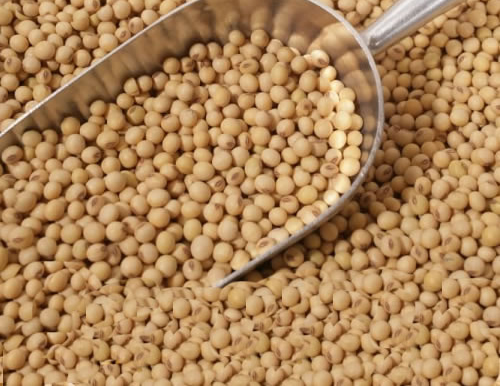 Nigeria’s hope of importing dry cowpea (beans) to the European Union countries has again been dashed this year.

This is as a result of the extension of an earlier ban on the country’s dry beans by the European Union (EU) subsisting till 2022.

The EU food safety authority had in 2015 banned Nigerian beans because it contained between 0.3mg per kg and 4.6mg per kg of Dichlorvos, a pesticide, when the maximum acceptable residue limit is 0.01 mg per kg.

Dichlorvos is considered to be highly toxic and can cause difficulty in breathing, diarrhoea, vomiting, convulsions and dizziness among others.

Experts say like many organophosphate (OP) insecticides, it also inhibits the enzyme cholinesterase, which results in disruption to the nervous and muscular systems.

Some experts also claimed that some farmers and middlemen use Sniper, another deadly chemical, to preserve their beans.

An independent investigation conducted by this paper last year showed that most of the beans in the country are preserved with chemicals that are dangerous to human health.

A food scientist, Idowu Amusa, listed the consequences of consuming foods preserved with Sniper and other harmful chemicals to include gastro-intestinal health issues, brain and other internal tissue damage, blood poisoning, food poisoning and could also lead to death.

The EU had in 2018 extended the ban on importation of dry beans from Nigeria until June 2019 owing to the continuous presence of the pesticide.

The Nigeria Agricultural Quarantine Service (NAQS), the country’s produce regulator, had earlier assured farmers and other stakeholders that the country was working hard to ensure the ban is lifted in 2021.

However, a recent document from the EU has announced an extension of the ban, claiming that Nigeria failed to implement the union’s food safety action plan submitted in 2018.

With the extension, beans produced in Nigeria will still not be allowed into any member country of the European Union. This has been the situation for the past five years.

In 2015, a consignment of Nigerian beans was rejected under the EU export regulations.

An official of the NAQS told our Agric Editor that upon arrival at Tin Can Island, the NAQS team went to inspect the consignment and it was discovered that some of the containers were already powdery and the rejection was on the premise of chemical residue.

“We took our own analysis from there and discovered that aside from the pesticide residue, there was also the presence of pests, which occasioned the powder form of the beans.”

He said the agency has been carrying out aggressive campaigns to explain how and the need for farmers, as well as middlemen to preserve their beans with the acceptable chemical level.

The official, who did not want his name in print, said aside from the export problem, consuming such highly preserved beans is dangerous to human and animal health.

Mr. Segun Ayeni, an agric economist, yesterday, told Daily Trust that Nigeria is losing billions of naira to the continued ban on the country’s beans since 2015 by the EU.

He said farmers, traders as well as the government could no longer make much money from the beans value chain because of the ban.

“All the traders in between, the warehouse people, the transporters and us, who are involved in the inspection and certification, that aspect has been broken down because they cannot generate any revenue along the value chain anymore,’’ he said.

The National President of the All Farmers Association of Nigeria (AFAN), Architect Kabiru Ibrahim, while reacting to the ban by the EU, said it may not be unconnected with the country’s nonconformity with the Global Good Agricultural Practices protocol.

“In the production, we need to deploy good agricultural practices and in the preservation, we should not use large volumes of chemicals that will provide residual contents unacceptable for wholesome foods in Europe.

“A general ban by the EU is not very well thought out because there are some farmers already complying with GAP standards.’’

He added: “We are working with some farmers to ensure compliance with GAP. As the National President of AFAN, I am the chairman of the National Technical Working Group on Global GAP in Nigeria inaugurated in 2017 by then minister of Agriculture and Rural Development.’’

He said the various “exporters, agribusiness groups, Ministry of Trade and Investment, SON, NAFDAC and Quarantine Department have to work together and act in unison to make our produce acceptable globally.”

Mr. Idowu Amusa, a food scientist, advised that farmers should grow organic foods only and if they must use pesticides on their farms, they should use only recommended pesticides brands and dosage.

“Allow enough time between application of pesticides and use of the food produce and where possible, the food product should be rightly labelled with relevant information on cultivation to consumers,’’ he said.