5 years after, police to exhume body of man who died in custody of SARS

Ogun Police Command has said it would exhume the body of a farmer, Segun Elegbede, who allegedly died in the custody of the defunct Special… 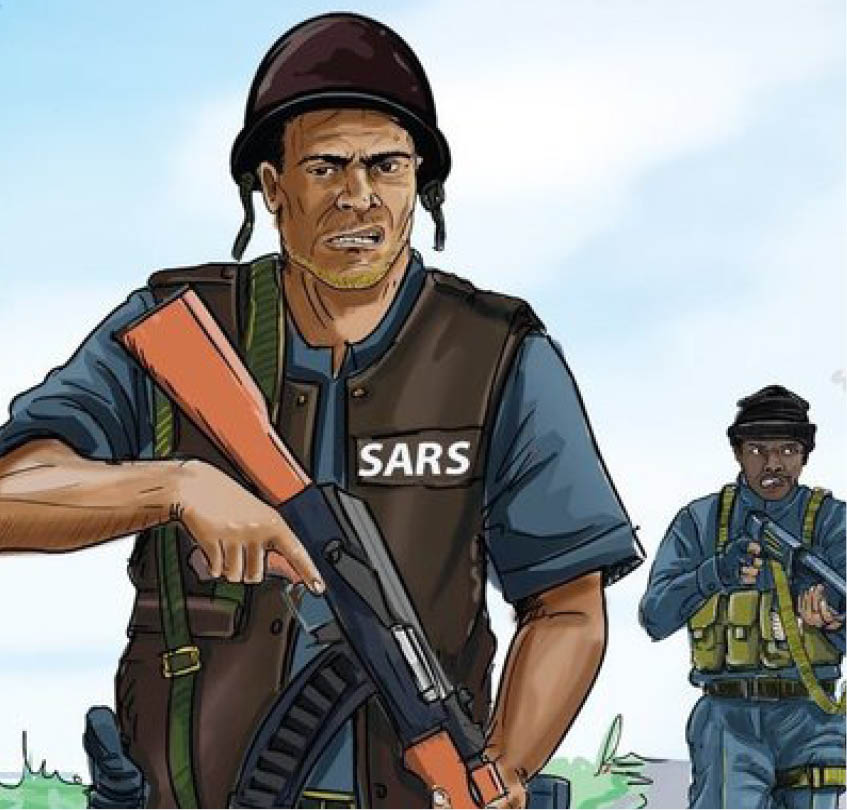 Ogun Police Command has said it would exhume the body of a farmer, Segun Elegbede, who allegedly died in the custody of the defunct Special Anti-Robbery Squad (SARS) in Abeokuta five years after his remains were buried.

Elegbede was said to have been arrested by SARS operatives at his Ajibawo residence in October 2016 in an operation led by one ASP Adeyemi Ganiu.

The police had accused the deceased of being one of those who “attacked the SARS operatives” when they visited Ajibawo to arrest some suspected criminals in possession of fire arms.

The wife of the deceased, Fatimo Elegbede, through her counsel, Barr. Femi Aina, had written several petitions to the police authority in 2016 and 2017, seeking justice for her husband.

The petitions, it was gathered, prompted the office of the Inspector-General of Police to order the Ogun State command that the family of the deceased be contacted for a post mortem.

However, the police had released the corpse to a nephew of the late farmer, one Sunday Elegbede, who was said to have hurriedly buried same without an autopsy.

In her persistence to get justice, the widow, a corn seller, filed a petition before the Ogun judicial panel on police brutality in November 2020, alleging through her counsel, Barr Aina of John & Co (UK) Lawyers, that the “SARS operatives killed my husband and prevented me from getting justice.”

However, the Command in a letter dated March 9, 2021, and addressed to the deceased wife, indicated that the body would be exhumed as part of the investigation process.

This was contained in a letter with reference number, CR:3100/OGS/X/DI/VOL.3/349, from the office of the Deputy Commissioner of Police, State Criminal Investigation and Intelligence Department (SCIID), Ogun State Police Headquarters, Eleweran, Abeokuta.

The letter signed by CSP Olufemi Olabode reads: “This office is investigating a case of death in police custody involving the above-named deceased person (Segun Elegbede).

“In the course of investigation, the need to exhume the remains of the deceased person became the fact-in-issue.

“Consequently, you are requested to come and interview the DC/SCID Eleweran, Abeokuta to finalize the arrangement for exhumation as requested, please.”

Reacting on Monday, Aina recalled that he had in 2016 warned the police that Segun’s body should not be buried without an autopsy, alleging that the officers released the corpse without his knowledge.

“In 2016, I told the police to preserve the body for autopsy, as the family’s solicitor. But they went behind me to release the body to one Sunday Elegbede, who collected one N1million.

“I told their Commissioner then that they would have to exhume the body one day. Police need to know that I am not going to leave them alone until they do the right thing.

“All those officers who shot Segun Elegbede dead must face prosecution. No one is above the law,” the lawyer stated.

On her part, the widow said, “It is sad that five years after, police now want to prolong our anguish by exhuming my husband’s body.

“How I wish they listened to our Lawyer then. We have managed to expose all their cover-ups before the EndSARS panel.

“I wonder what exhumation of his skeleton will add. We have to wait for a pathologist’s advice, according to my lawyer.

“They took my husband alive, five days later he died in their custody.

“This is five years after, they want me to come and see his skeleton. What a shame!” the woman grieved.

The widow had demanded N20million compensation over what she called the “unjust killing” of her husband.