The federal government yesterday said that the newly commissioned terminal two of the Murtala Muhammed International Airport (MMIA), Lagos, has created over 10,000 direct and… 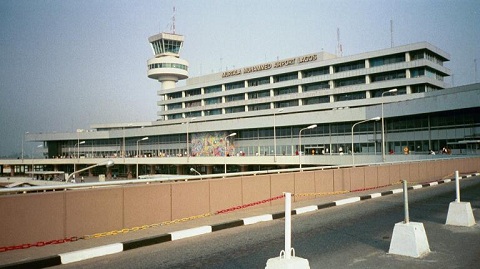 The federal government yesterday said that the newly commissioned terminal two of the Murtala Muhammed International Airport (MMIA), Lagos, has created over 10,000 direct and indirect jobs.

Minister of Information and Culture, Alhaji Lai Mohammed, disclosed this during a tour of the new terminal which he said would complement the old terminal built 40 years ago.

He spoke just as it emerged that five more airlines would relocate to the new terminal more than five months after the commissioning.

The minister was accompanied on the tour by the Managing Director of the Federal Airports Authority of Nigeria (FAAN), Capt. Rabiu Yadudu, the Director-General of the Nigerian Civil Aviation Authority (NCAA), Capt. Musa Nuhu, and other officials of the ministry.

The terminal which was commissioned in March 2022 by President Muhammadu Buhari is one of the four terminals built with a concessionary loan from the China Exim Bank.

The minister who allayed fears over the repayment of the loans also urged Nigerians to pay their tax regularly to expand the tax to GDP ratio which he said is very low.

He said, “When loans are used and invested in infrastructure such as this, then it means the loans are wisely used. The major problem is that the tax to GDP ratio is so low because most Nigerians don’t pay tax. So I want to appeal to Nigerians to help government in paying their taxes, then there will be a reduction in the deficit that we are experiencing.”

The terminal, the minister stated, has state-of-the-art facilities and fittings with the capacity to process 14 million passengers per annum, adding that the new terminal would not replace the old terminal; rather it would complement it as a provision has been made for passengers to link the two terminals.

He said, “I was here 40 years ago when the first terminal was commissioned. There is a time between the commissioning of an airport and when the airport becomes operational. You know aviation is unforgiving of any mistake.

“The new international terminal is not to replace the old one but to complement it. It is gradual, and very soon this airport will be very busy. You can see that terminals are not used only by airlines. We have restaurant operators, banks, foreign exchange operators etc. and you have to screen people over and over again before it becomes operational.”

‘5 airlines to relocate to new terminal’

The FAAN managing director in his remarks said five airlines would relocate to the new terminal by September 1, adding that gradually other airlines would move.

He stated that a lot of system integration is ongoing to make the relocation of more airlines seamless and hassle-free.

Yadudu further disclosed that the plan to expand the ramp of the terminal to accommodate more aircraft is ongoing.