4 injured as petrol tanker collides with tricycles in Yenagoa

Four persons have been critically injured in a ghastly motor accident involving a tanker laden with petrol and two commercial tricycles known as ”Keke NAPEP.”… 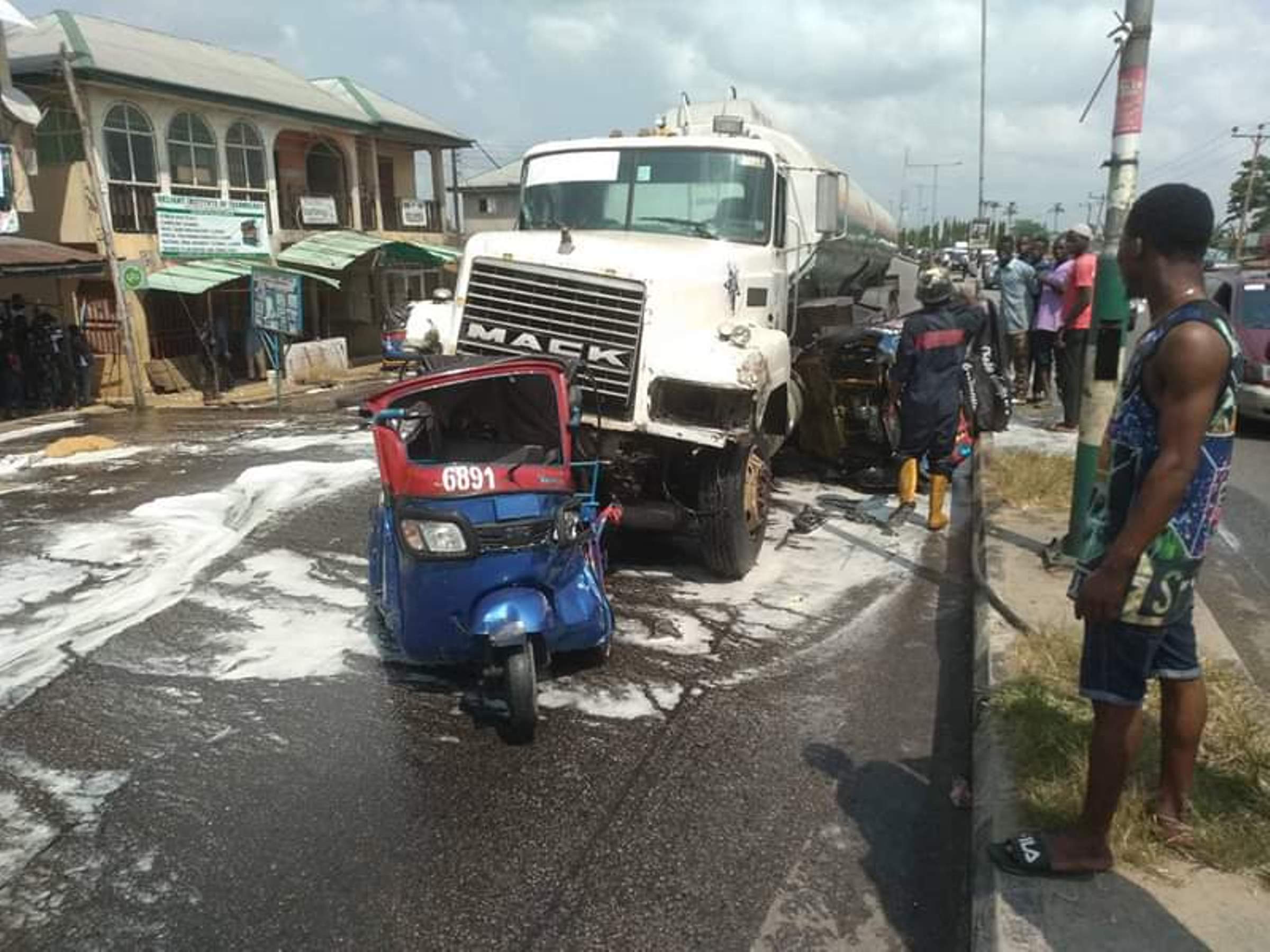 Four persons have been critically injured in a ghastly motor accident involving a tanker laden with petrol and two commercial tricycles known as ”Keke NAPEP.”

The News Agency of Nigeria (NAN) reports that the incident happened on Sunday morning along Akenpai, a suburb of Yenagoa, Bayelsa state.

The accident, according to a resident who witnessed it, occurred around 10:40 a.m. when the tanker laden with premium motor spirit , lost control and hit the tricycles at its front.

The witness who only identified herself as Ann, explained that it took the intervention of people to get some heavy-duty equipments to pull out people who were trapped between the tricycles and the fuel tanker.

According to Ann, at the time of the incident, some of the victims, numbering four were seen gasping for breath and were rushed to the Federal Medical Centre in Yenagoa.

She added that men of the fire service were presently on ground putting measures in place to prevent a possible fire outbreak.

When contacted on telephone, Bayelsa Sector Commander of the Federal Road Safety Corps said that he was on his way from a trip to Abuja and pledged to update on the incident as soon as he got back.

A NAN Correspondent who visited the scene reports that the petrol was gushing out of the tanker but the presence of policemen discouraged people from scooping the product.

The Spokesman of the Police Command in Bayelsa, DSP Asinim Butswat, confirmed the incident to NAN.

Butswat said he was aware of the incident but that he had not been informed of any loss of lives.

Butswat also said on telephone that the Fire Service personnel had been notified of the accident and that Policemen had been drafted to cordon off the area to forestall possible fire explosion following the spillage from the tanker.

“Yes, I am aware of the accident, but what I can’t confirm is if there has been loss of lives, because I have not been briefed by my men.

“We have notified the Fire Service and I can confirm to you that our men have cordoned off the area.” Butswat said. (NAN).