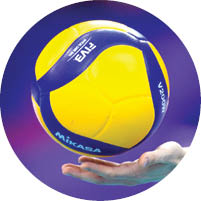 Shooting Stars Sports Club (3SC) of Ibadan will contest the finals of the inaugural edition of the NPFL-Dozy Mmobuosi Foundation pre-season tournament with Enyimba of Aba.

The ‘Oluyole Warriors’ held out for a 0-0 draw with table toppers, Enyimba in the match decided yesterday.

The match had few bright moments on both sides with the goalkeepers called to make daring saves in each half. Shooting Stars would see their shot from the wing hit the woodwork and that was the most they did.

Enyimba, thus ended at the top with seven points while Shooting followed with five points from one win and two draws.

The two will play square up today at the Mobolaji Johnson stadium in Lagos to determine the overall winner and top prize from the 100m package.

Rangers and Insurance played in the last game that had no consequence on the determination of the finalists as a win for either side would have fallen short of Shooting Stars five points.

However, Bendel Insurance came from behind to win 2-1.

Elijah Ani opened the scoring for Rangers on 43 minutes but Dede Moughara restored parity in added time of the first half.

Insurance then took the lead through Benjamin Taminu who converted from the penalty spot on 66 minutes after a Rangers defender handled the ball inside the box.

Insurance finished third with three points from one win while Rangers had only a point from their draw with Shooting Stars.