To verify genuine waste pickers in Lagos, the Association of Scrap and waste Pickers of Lagos (ASWOL) has captured no fewer than 3700 registered waste… 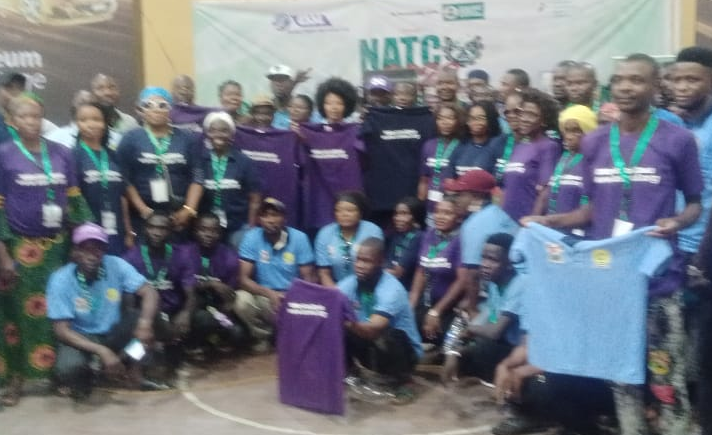 To verify genuine waste pickers in Lagos, the Association of Scrap and waste Pickers of Lagos (ASWOL) has captured no fewer than 3700 registered waste pickers on its newly launched website.

The association’s president, Comrade Friday Oku, stated this at the unveiling of the website: aswol.org during the Nigerian Artisans Technicians Conference held in Lagos.

The launch of the website with the support of Rethinking Cities and Heinrich Böll Stiftung was aimed at semi-formalising the operations of waste and scrap pickers in Lagos and helping the government and the public to verify members who work in Lagos.

Daily Trust reports that the Lagos State Government had earlier banned activities of waste pickers but the association took up the gauntlet by organising its members and semi-formalising its activities to be part of the waste management ecosystem in Lagos.

The President explained that the essence of putting the registered members’ profiles on the website was to correct the negative impression people have about waste pickers, recalling that cart pushers were banned in Lagos state in 2018.

“For now those on the website are not up to 1000 but those who filled the register are 3700. Before we put anyone on the website, we must investigate your source whether  you have a National Identity Number, so that you can click and know the state that the person is from.”

He emphasized that their members would undergo training on how to use the website, adding that their goal has been to reduce waste in Lagos to 40 percent.

“We want to use LAWMA academy to see how we can train our people on how to use it. There is one application that Lagos state is bringing out called PAKAN app- is the waste management recycle. So, we are training them with the help of some organisation.

Co-founder Rethinking Cities, Mr. Deji Akinpelu, who is a consultant to the association said the website would serve as a bank of information about waste pickers in Lagos, saying instead of banning them, they can be part of the waste management ecosystem in Nigeria.

“Our goal remains one thing – to organise the waste and scrap pickers to be an integral part of the waste economy of Lagos, a multi-billion naira industry and to get the Lagos policymakers to recognise the role that the informal waste collectors play in the entire waste collection ecosystem.

“This is why We at Rethinking Cities and Heinrich Böll Stiftung see this step as a laudable initiative in our efforts and engagement to end discrimination against informal waste pickers. The verification website practically shows the state government how to address some of the challenges it has always attributed to the waste pickers and how to integrate the informal waste pickers as mentioned in the Lagos state plastic policy,” he said.