Thirty-five years after he was compulsorily retired from the Nigerian Army, a former Director General of the National Youth Service Corps (NYSC), Colonel Peter Obasa… 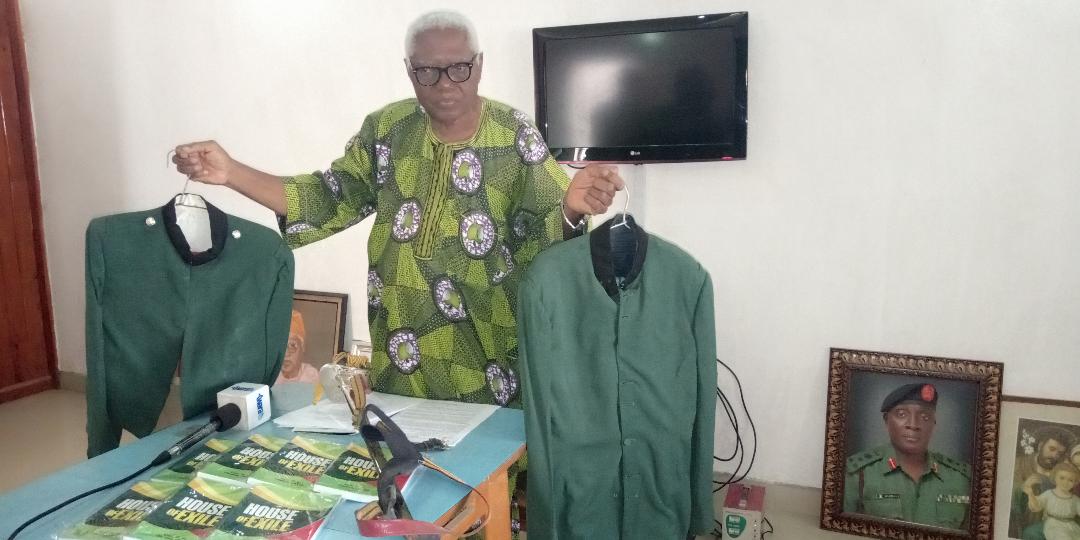 Thirty-five years after he was compulsorily retired from the Nigerian Army, a former Director General of the National Youth Service Corps (NYSC), Colonel Peter Obasa (retired), has appeal to President Muhammadu Buhari to pay his gratuity and pension.

Speaking with journalists in his Ilorin residence on Thursday, the 81-year old retired military man, who served as NYSC DG between 1979 and 1984, said that he had received no letter of dismissal from the Army to have informed non-payment of his entitlement.

The octogenarian, who presented a book, titled, House of Exile, during the press conference, chronicled his experiences in 1984, his prison accounts, the nation’s democracy, and the judiciary.

He claimed that “The Federal Republic of Nigeria official gazette, No 56 of November 6, 1986, under Ministry of Defence, Nigerian Army officers, voluntary/compulsory and dismissal page 1340 declares that I was compulsorily retired from the army. Under that condition, I should be entitled to my gratuity and pension. The Army has denied me both.

“They claim that I was dismissed. If that was the case,  a letter to that effect would have been served on me, and the army would have withdrawn my officer’s sword, ceremonial dress, mess jacket and service suit. I received no letter, and am still in possession of the items mentioned above.

“Like President Buhari, I am favoured by God. I fought through the tumultuous and terrifying period of my trial and more than seven years in incarceration, and I am here by the special grace of God to ask for true justice. The world wrote me off, some claiming that I would not exit the jail house. How wrong they are. God Almighty fights for the innocent”, he said.

Obasa described his trial by the Supreme Military Council (SMC), headed by General Muhammadu Buhari, as “illegalities of 1984”, saying that the SMC promulgated decrees that had retroactive effect.

“The laws were backdated by three years. This is immoral and illegal. The God of creation made laws which he handed over to Moses. Those laws became effective from the time they were read to the Israelites.

“The SMC took over the roles of the executive, legislative and judiciary, the accuser, the prosecutor and the judge. This is illegal. The Nigerian Bar Association condemned this and prohibited its members from appearing before the tribunals to defend accused persons.

“The process of trial was gravely flawed.  Trials were in secret. The public was denied access to the tribunals and it was only when judgements were passed that the world became informed of the verdict.

“All statements from suspects were extracted under duress, this is illegal, accused persons were compelled long before trial began to sign away the contents of their accounts under duress by the same characters who came to testify at the tribunal that the accused willingly signed away everything. This is illegal.

“Falsified documents (as exhibits) were brought into the tribunal by the Special Investigation Panel. This too is illegal.

“Accused people were incarcerated in solitary confinement, denied access to their family and prevented from reaching anything that would enhance their defence. This is illegal.

“They made it impossible for accused persons to explain clearly how they came about what they had. Everything went under the label of “kickback”. This is illegal.

“False witnesses were press-ganged to testify against accused persons. This is illegal. From the beginning to the end in my case, the truth was undermined and justice was perverted. This too is illegal”, he said.