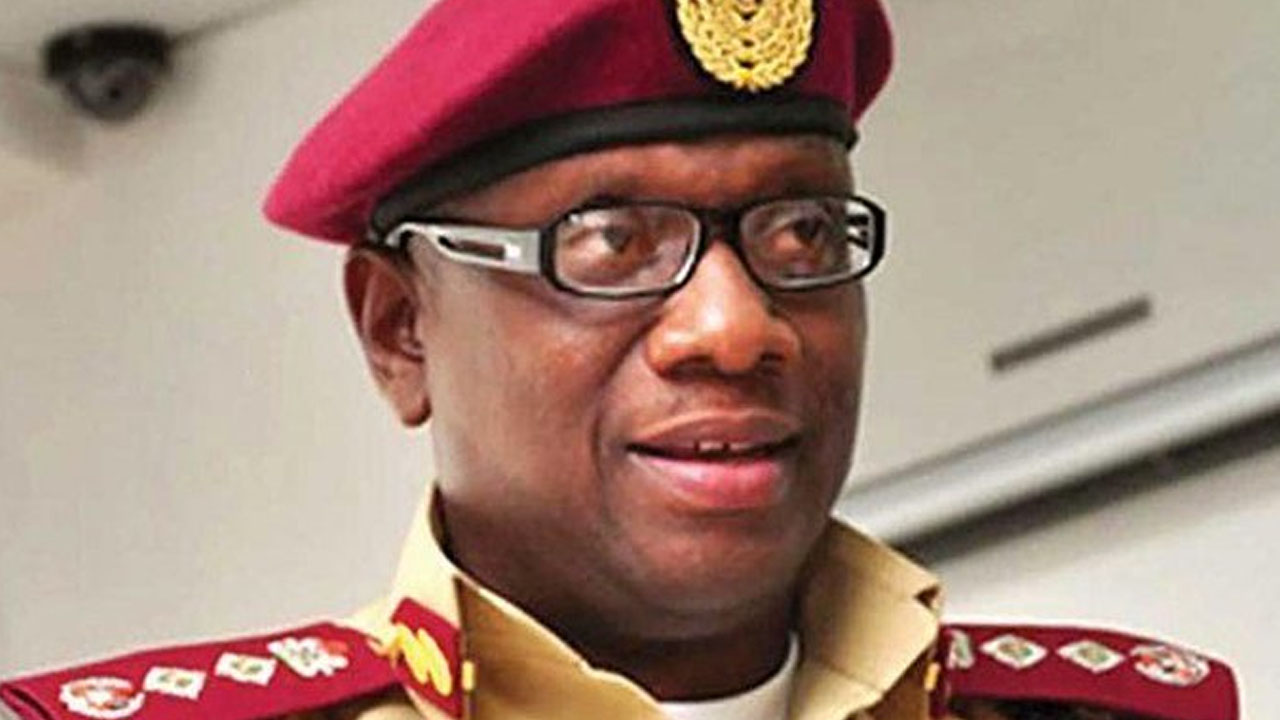 Multiple road crashes around the country claimed 30 lives and led to injuries and loss of valuables over the weekend, in a harvest of tragedies that authorities attributed to violations of traffic rules, over-speeding and night travels.

Our correspondents report that multiple accidents between Saturday and Sunday claimed 18 lives at Isara Bridge in the Ogun State section of the Lagos-Ibadan Expressway, 10 died along Potiskum-Gombe road in Yobe State while two died in another crash on Lokoja-Obajana-Kabba road.

Scores of APC members defect to PDP in Katsina

In the fourth accident involving the convoy of the Benue State Governor, Samuel Ortom, in Abuja, four vehicles were reported crushed by trailers while a security vehicle in the convoy collided with a Golf Volkswagen car. No life was however lost.

The clash at Isara Bridge on Lagos-Ibadan Expressway involved two Mazda buses and a Previa bus. The two vehicles went up in flames after the collision.

According to him, out of the 25 people involved, six males, one female and one male child were identified while 17 others were unidentified.

“The collision of the two Mazda buses with unidentified colours and registration numbers with the Previa bus resulted in an explosion, which involved all three vehicles.

“However, seven out of the two Mazda buses on the right lane survived while others were caught up in the inferno and got burnt beyond recognition.

“And those in the Previa bus, which had assumedly committed the road traffic violation got burnt beyond recognition,” he said.

Kazeem said that four more charred bodies were found while clearing the obstructions, adding that an unburnt body was also found on the Lagos-Ibadan Expressway opposite the crash scene.

He explained that the accident was caused by Road Traffic Violation (RTV) with overspeeding, which led to multiple fatal accidents thereafter.

Kazeem noted that the FRSC rescue team had cleared the obstructions and restored the free flow of traffic on the route.

He quoted the Corps Marshal, FRSC, Dr Boboye Oyeyemi as saying that motorists should avoid night travels, adding that life had no duplicate, hence the need to drive with caution.

Oyeyemi said that road traffic violations and speed heightened the spate and fatalities of road traffic crashes during night travels.

He advised all road users to endeavour to drive safely to save the lives of other road users by adhering to all road traffic rules and regulations.

The FRSC boss assured that the corps was working effectively to ensure a significant shift in the attitude of motorists and all road users across the country.

The Yobe accident, which occurred at Gashaka village, along Potiskum-Gombe Road, claimed the lives of ten traders on Saturday night while seven others sustained injuries. The accident involved two commercial vehicles.

The businessmen were said to be returning home after they brought some stocks from Kano.

A resident of Gashaka town, Musa Sule, said the accident occurred around 11:00pm.

When contacted, FRSC, Zonal Commanding Officer, in charge of Zone 12, Assistant Corps Marshal, Rotimi Adeleye, who confirmed the development said the accident was caused by over-speeding.

He said the injured victims were rushed to the Specialist Hospital, Potiskum while the corpses had been deposited at the mortuary for their relatives to pick them up for burial.

Two persons were reported dead and sixteen others escaped unhurt when a passenger bus rammed into a stationary articulated vehicle on Lokoja-Obajana-Kabba Road in Kogi State.

FRSC, Kogi State Command disclosed this at the weekend.

According to the FRSC, one person was critically injured in the said incident.

The state Sector Commander of the FRSC, Mr Stephen Dawulung said that the injured passenger was rushed to the Federal Medical Centre (FMC), Lokoja for medical treatment while the dead were deposited in the mortuary of the same hospital.

“The cause of the accident was high speed and poor visibility since it was already night.

“That incident would have been avoided if the driver had not embarked on that journey knowing that his bus had a poor lighting system.

“But we give God the glory that 17 out of the 19 persons involved in the accident survived it, “he said.

Dawulung, therefore, advised drivers to adhere to stipulated speed limits and observe a minimum of 30 minutes of rest after every four hour drive to avoid fatigue and sleep while driving.

The FRSC boss also urged passengers to understand that night journey could expose them to higher risks of being involved in a crash which may lead to their death.

A heavy-duty truck crushed four vehicles close to Karu Bridge on the ever-busy Abuja-Keffi Expressway on Sunday in Abuja.

The News Agency of Nigeria (NAN) reports that the multiple crashes caused heavy traffic on the road.

It, however, reports that the personnel of the Nigeria Police Force, Karu Division, and the FRSC personnel arrived at the scene almost immediately and diverted traffic to the parking lane.

Reacting to the accident, the Federal Capital Territory Sector Commander, FRSC, Mr Samuel Ochi, explained that it occurred around 9:30am, but no life was lost.

According to him, those that sustained injuries were taken to the hospital.

“The Unit Commander of FRSC and some of our personnel were at the scene of the crash. Actually, our truck is on its way to remove the wreckage on the road, but nobody died.

“They will clear the road; they have diverted traffic from the main road to the parking lane. FRSC ambulance has evacuated the injured persons to Asokoro General Hospital, Abuja for treatment.”

The governor’s Special Adviser, Media and Publicity, Terver Akase, said the convoy was heading to Benue State after accompanying the governor to Nnamdi International Airport, Abuja when one of the vehicles collided with a Golf model Volkswagen near Karu Flyover in Nyanya.

The statement read, “We have received numerous calls from concerned Nigerians regarding the accident, which occurred today near Karu Flyover in Nyanya area of the Federal Capital Territory.

“The governor’s convoy was on the way from Abuja to Makurdi after accompanying him to the airport for his trip to the United Kingdom when a golf car collided with one of the security vehicles.

“Governor Ortom who has already arrived safely in the UK deeply appreciates all the calls and concerns from Benue people and other Nigerians”.

“The corps, through adequate deployment of personnel for enhanced visibility on the highways, robust enlightenment campaigns including the use of mass media like the FRSC Radio Station known as National Traffic Radio 107.1 FM and other result oriented policy strategies on the operational front, has been able to reduce crashes on the highways and minimise fatalities as much as possible,” he said.

“Both the private and public sector, individuals, civil society organisations, non-governmental organisations, professional bodies, etc all have to come together as we all have a role to play in combating road crashes.

“That is why apart from our homegrown strategic initiatives, the corps also prioritise constant engagement of stakeholders so as to ensure that a holistic approach is deployed for success.”