The senator representing Kogi West in the National Assembly, Smart Adeyemi, has asked Governor Nyesom Wike of Rivers State and other aggrieved members of the… 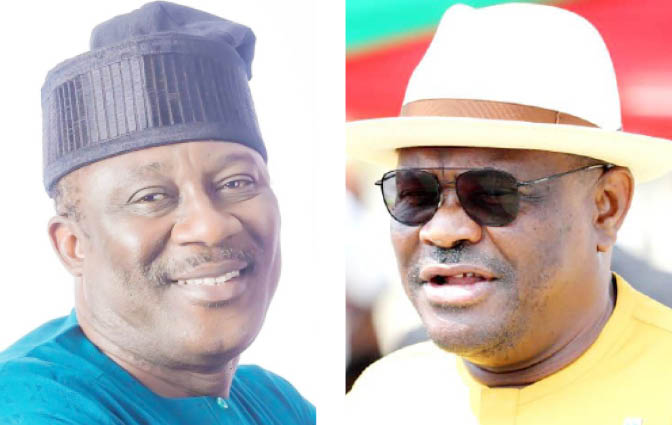 The senator representing Kogi West in the National Assembly, Smart Adeyemi, has asked Governor Nyesom Wike of Rivers State and other aggrieved members of the Peoples Democratic Party (PDP) to defect to the ruling All Progressives Congress (APC) ahead of the 2023 general elections.

Speaking with newsmen on Sunday in Abuja, the senator said there is no alternative to APC, adding that only the ruling party has the interest of Nigerians at heart.

There is a crisis in the PDP following the failure of Governor Wike to clinch the party’s presidential ticket.  Wike was equally not given the opportunity to fill the party’s vice presidential slot as the PDP presidential candidate, Atiku Abubakar, had picked Delta State governor, Ifeanyi Okowa, as his running mate.

Wike and his supporters are calling on the party’s national chairman, Dr Iyorchia Ayu, to resign for peace to reign in the party.

Senator Adeyemi explained that the APC had zoned its presidential ticket to the South for peace, unity and stability of the country, adding that all aggrieved PDP members should pitch tent with the APC for the growth of the nation.

“APC deliberately zoned the presidential slot to the South so that there can be peace.  And that is why some of us have remained in the APC. The northern governors came together and said there was an agreement that power should rotate to the South.

“Other parties are having problems now because they don’t believe in the unity of Nigeria. For the northern governors to come together to say all aspirants should concede to the South, I think they deserve commendation.

“Nigeria requires more than ever before unity, fairness, diversification of the economy, safety of lives and property. These are the things required in Nigeria today,” he said.

On the crisis in the APC, the lawmaker said, “The party will get to them (aggrieved presidential aspirants) because there is still time to hold consultations and bring people on board. The election, we still have about five months ahead. Everybody wants to be part of the APC because that is the winning party.”