2023: We’re praying for Tinubu not to be treated like Abiola – Ladoja

Rashidi Ladoja, a former governor of Oyo State, has urged Nigerians to keep praying for the presidential candidate of the All Progressives Congress (APC), Asiwaju… 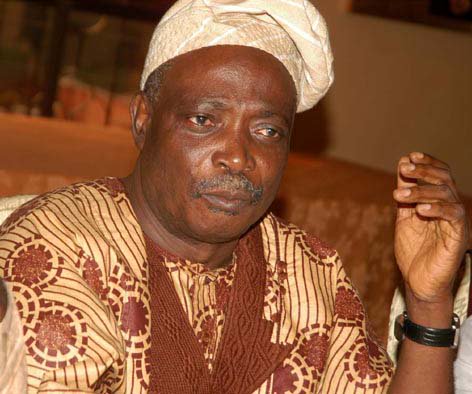 Rashidi Ladoja, a former governor of Oyo State, has urged Nigerians to keep praying for the presidential candidate of the All Progressives Congress (APC), Asiwaju Bola Ahmed Tinubu, not to be treated like the late self-acclaimed winner of the 1993 presidential election, Basorun Moshood Abiola.

Chief MKO Abiola died in prison in 1998 without getting to the Presidential Villa.

Buhari will restore peace to Nigeria before leaving office – Malami

Ladoja, who spoke at his Bodija, Ibadan country home shortly after this year’s Ed-el-Kabir prayers, said the sentiment on Muslim-Muslim ticket should not be an impediment to electing leaders.

“There are many factors involved in electing a president. Whoever wants to be president and those working for him have to work very hard. In fact, they will need more prayers as they are consulting. With all these efforts, God has the final say on who becomes president. Chief MKO Abiola who was a Muslim was elected along with his vice, also a Muslim.

“We only pray that if Tinubu wins, it would not turn out like that of the late MKO Abiola. I don’t see anything wrong with a Muslim-Muslim ticket because I don’t intervene in religious matters. Muslims and Christians are from the same father. Some people are following Ismail while some are following Isaac, who are siblings. So, what is now my own to be fighting for one among them? I don’t have time to fight with traditionalists.

“It is only God that knows his servants, so why must we fight over religion? All religions, including traditional religion, preach love and good character. It is only politicians that usually cause crisis with religion,” he said.