2023: We have no Presidential candidate, says ADC

The Director General (DG) of the African Democratic Congress (ADC) Sulieman AbdulAzeez, has said the party will be going into the 2023 general elections without… 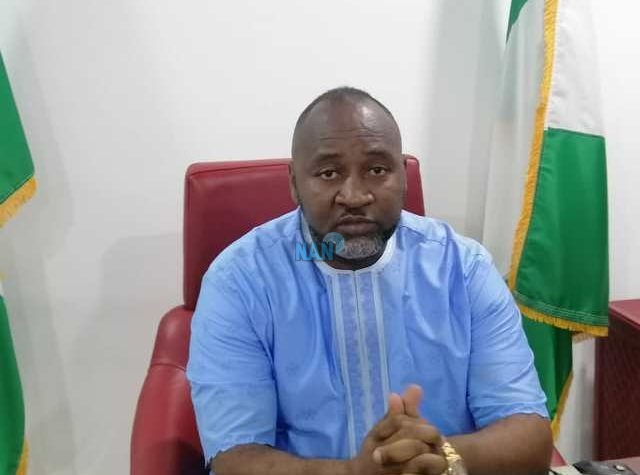 The Director General (DG) of the African Democratic Congress (ADC) Sulieman AbdulAzeez, has said the party will be going into the 2023 general elections without a presidential candidate.

Speaking to journalists at a programme in Kaduna on Friday, he said the party’s hitherto presidential candidate, Mr. Dumebi Kachukwu, had been expelled.

When asked what the crisis in the party was about, he said, “We do not see what is happening in our party as a crisis, we see it as normal disciplinary measure being taken on our members, and that is a plus for our party, because we are trying to bring in a new thinking, fresh idea into Nigeria’s democracy where we don’t have people who will go scot-free when they breach any of the regulations.

“So, we are a party that binds itself by regulations, to the point where we can discipline a person as high as the presidential candidate of our party. We all know that the party has supremacy over any individual though, it has is not being practiced by most of the other parties that call themselves major. But we are bringing in that practice, which is why we took disciplinary measure against Mr Dumebi Kachukwu, our former Presidential Candidate.

“We are certainly going into the 2023 elections as it stands without a presidential candidate, because the party is the organ that can legitimately sponsor candidate to an election and we had initially sponsored Kachukwu, but we withdrew our sponsorship formerly with the Independent National Electoral Commission (INEC) and if you look at the INEC portal, you will find out that the party is legitimately under the leadership of Cheif Ralph Nwosu.”

He noted that Kachukwu was suspended by an act of the National Executive Committee (NEC) of the party and maintained that the 2023 election is not all about the presidential election alone, noting that the party has over 3,000 contestants for other elective positions.

He added, “Dumebi Kachukwu has been parading himself as the Presidential candidate of the ADC, not in error, but in desperation, because he is doing so intentionally knowing fully well that it is wrong, because you cannot parade yourself as a candidate of a party that says you are not a member of the party.

“Dumebi Kachukwu’s expulsion does not have any implication on the chances of the party, because the states even have their separate campaign councils, they will only need support of the national headquarters. We have already said it that, we may go into the election without a presidential candidate. So, we do not have anything to lose there, if you do not participate, you do not expect to win.”