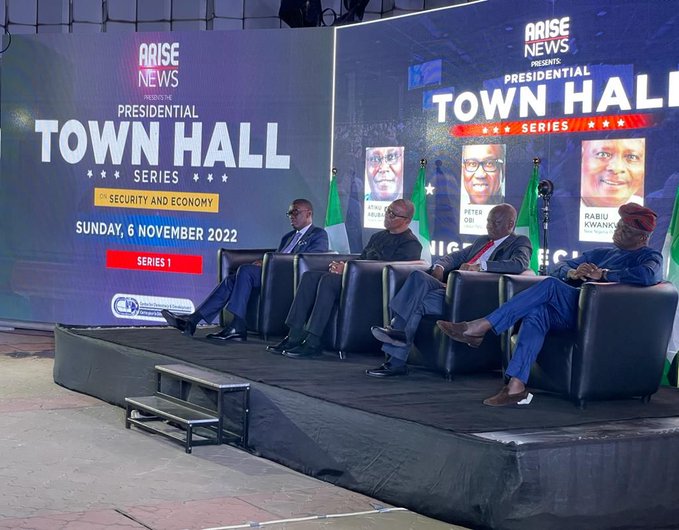 State police and economy Sunday dominated discussions during a town hall meeting organised by the Arise TV and Centre for Democracy and Development (CDD) for four presidential candidates ahead of the 2023 poll.

The presidential candidate of the African Action Congress (AAC), Omoyele Sowore said he would abolish the upper chamber of the National Assembly if voted in 2023.

Also the presudential candidate of the Action Democratic Party (ADP), Yabagi Sani, said, “II will not allow for regional police that were formed out of desperation.

“These security outfits come out of frustration. I will not allow that. I will allow the constitution take its course.”

Aso the presidential candidate of the All

“Our major problem is that we don’t enforce sanctions, with that you don’t expect security. You can’t fix the police when the they are there collecting bribes. If you are not disciplined, you can’t enforce security.”