Senator Kashim Shettima has called for power shift to the South in 2023. 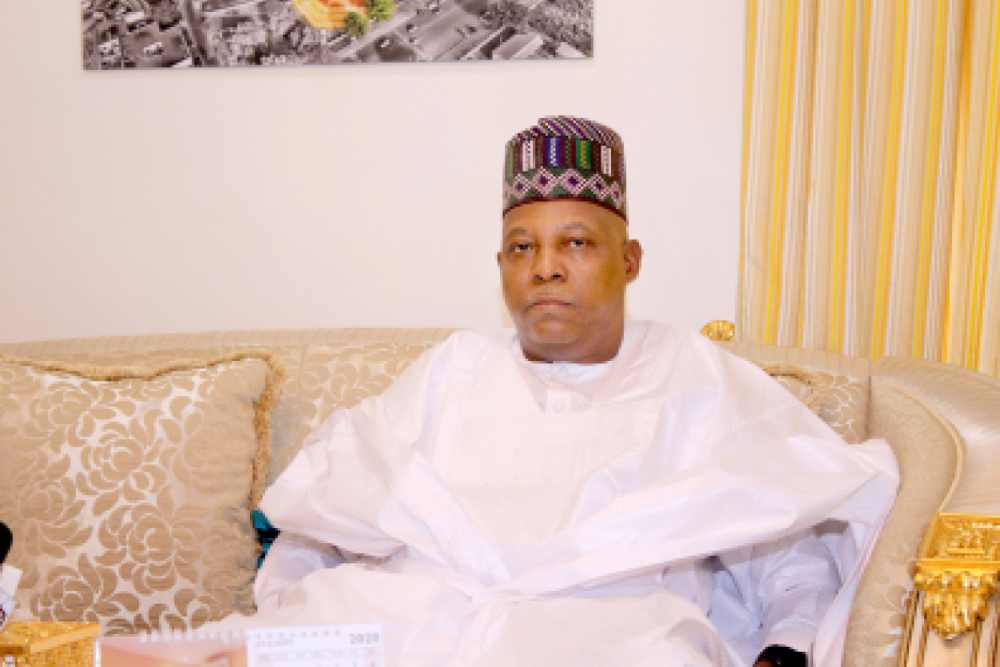 Senator Kashim Shettima has called for power shift to the South in 2023.

Shettima, who is the immediate past governor of Borno State, stated this on Friday during the public presentation of a book tagged: “Standing For The Truth With Courage”.

“I believe in equity, justice and fairness. After power has resided in the North for eight years, there is a need for a power shift in the South,” he said.

While saying religion and ethnicity are being used by some people to pursue their selfish agenda, Shettima called for unity and justice in the country to ensure more peaceful co-existence.

Shettima said Nigeria must not be allowed to implode as no country on the continent would be able to accommodate its huge population.

Speaking, the Chief of Staff to President Muhammadu Buhari, Amb. Ibrahim Gambari, said Nigeria was going through difficult moments but would soon overcome the challenges.

He called for support for the President Muhammadu Buhari administration.

“We are going through difficult times in our country, economic, security but let us recognise that the whole world is going through the same fate, Nigeria is part of the world. But the leadership under which we operate shows we shall indeed overcome all these.

“If we keep united, keep building, we cannot be ignored by any other country in the world. I am convinced that under the leadership of President Buhari there is going to be a better future. He belongs to all Nigerians,” he said.

Presenting the book, the Executive Secretary of TETFund, Professor Suleiman Bogoro, described Gadzama as a great academic who has impacted massively in the nation’s higher education sector.

Bogoro said Gadzama, who was the former Vice Chancellor of University of Maiduguri and University of Port Harcourt, as well as a member of Nigerian Academy of Science, deserves commendations for his courage, truth and service to Nigeria.

“It takes the truth and courage for things to be said the way they are, but the man Professor Emeritus Gadzama that will know does so with diplomacy even when he said the truth with courage,” Bogoro said.

The TETFund boss said the Gadzama led Research and Development Standing Committee has recommended the establishment of the National R&D Foundation to secure the knowledge economy of Nigeria.

In his remarks, Gadzama noted that his experience at the 13 Working Groups of TETFund R&D Standing Committee has deepened his faith in Nigeria.

“Nigeria is a beautiful country that nothing should divide us on ethnic lines. The intelligent people of Nigeria have great potential to together develop this country,” Gadzama, said.

The book, prescribed as a wonderful resource material on the culture and language of the Margi people of Borno State, is a story of Gadzama’s life.

It covers details of special events in his life.