The Kwara State chapter of the Peoples Democratic Party (PDP) has held a closed-door meeting with its former gubernatorial aspirants. The meeting, which was held… 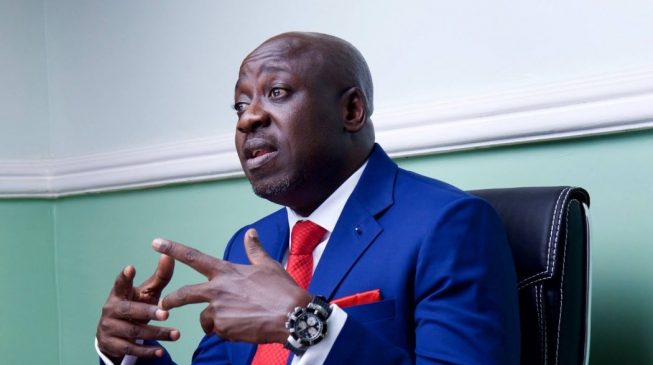 The Kwara State chapter of the Peoples Democratic Party (PDP) has held a closed-door meeting with its former gubernatorial aspirants.

The meeting, which was held at the party’s Tanke Junction Secretariat, Ilorin has immediate past Speaker, Kwara State House of Assembly, Hon Ali Ahmad; a former Minister of Youth and Sports, Mallam Bolaji Abdullahi, a former state Attorney-General and Commissioner for Justice, Saka Isau (SAN) and one-time Chief of Staff and former Commissioner for Health, Alhaji Ladi Hassan, among others in attendance.

Although the details of the meeting were not made public, Daily Trust learnt that the get-together with the party’s 2019 gubernatorial aspirants was aimed at galvanizing the party after its disastrous defeat during the last general election in the state.

It was further learnt that the party’s State Working Committee (SWC) solicited the former aspirants to continue to have trust in the party and its leadership and advised individuals in the Party to play down on their personal ambitions for now and concentrate on meetings across various local government areas and wards.

When contacted, the chairman of the party, Engr Kola Shittu, who confirmed the meeting, said it was held to further strengthen the PDP for the coming elections.

”At the meeting, we discussed ways of further strengthening the party and our intention to ensure the collaboration of other stakeholders in the state ahead of future elections.

“We appealed to the former gubernatorial aspirants of the Party to help in galvanizing the PDP in the state.

“The SWC assured them that a high level of discipline will be maintained in the Party with the assurances of due process in all party decisions and management.

“We also agreed that for now, all hands must be on deck to elevate the Party by ensuring that all aggrieved members are pacified to resume their normal activities in their various wards and local government areas.

“The SWC will ensure that this type of consultation will be carried out at the various strata of our members in the State,” Shittu submitted.