The Christian Association of Nigeria (CAN) on Friday, held a national prayer, across the country, over the insecurity rocking the country and also for the… 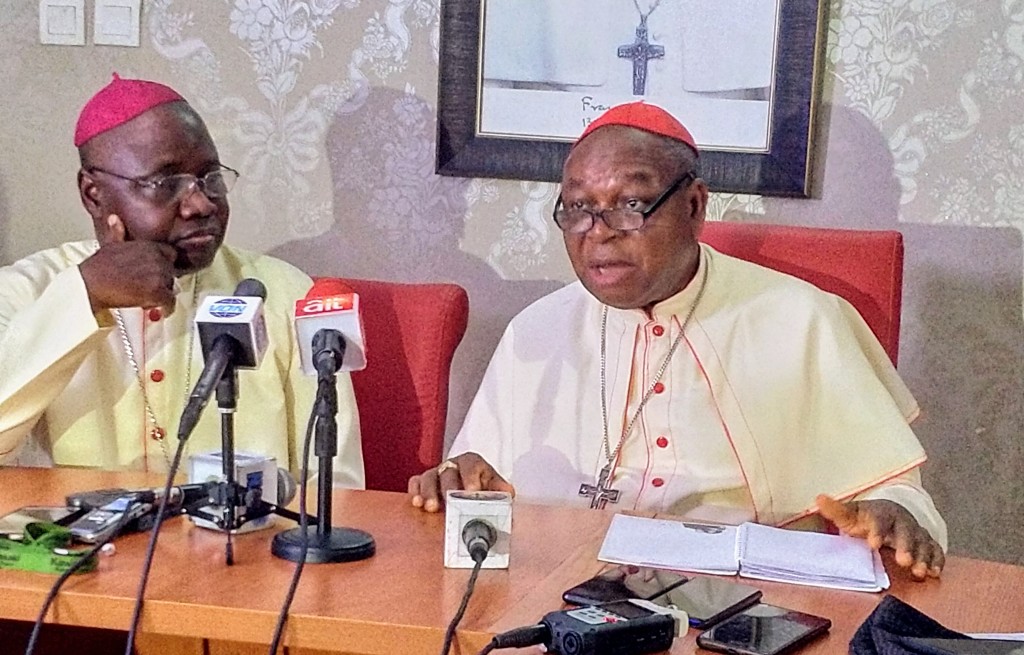 The Christian Association of Nigeria (CAN) on Friday, held a national prayer, across the country, over the insecurity rocking the country and also for the successful general election in 2023.

Speaking at one of the sessions held in Abuja at the National Christian Centre, the Catholic Archbishop Emeritus of Abuja, John Cardinal Onaiyekan, noted that there is frustration over the apparent inability of the government to restore peace and normalcy, despite frequent assurances.

According to him, this past week has seen a fresh wave of reports of imminent terrorist attacks targeting the Federal Capital Territory (FCT), adding that the government has been issuing assurances of being in control of the situation.

“But the low level of trust of the general public in their government is rendering such assurances of little effective value. It is therefore natural that we see a major recourse to prayer by Nigerians of all creeds, in mosques and churches,” he said.

The elder statesman also said that there are rumours that the government may perhaps be lacking not just the ability but the political will to do the needful, leading to a heightened sense of insecurity, with negative impact on a peaceful national harmony and fruitful economic life.

“There are painful rumours of some presumed hidden agenda that has infiltrated our security structures with strange elements aiding and abetting the insecurity of the nation.

“In the last decade or so, we have witnessed in our nation a gradually deteriorating condition of lack of peace and harmony, with negative consequences on the economic and living conditions of our people,” Onaiyekan said.

Also, the CAN President, Archbishop Daniel Okoh, while speaking with reporters, after the prayers expressed concern that insecurity appears to be increasing every day.

According to him, the CAN believes that when Christians gather together and pray for the country and the forthcoming election, God would answer and intercede.

“As Christians, we are people of prayer and now that our country is preparing for the next general election, one of the major things we should do to support our nation to have a peaceful and non-violent election is to come together and pray and we are people of faith, we believe that any time we call upon Him with sincerity, he answers us.

“Secondly, this is a very difficult time for our nation particularly when we talk about insecurity, it appears that it increases everyday with all kinds of rumours causing all kinds of uncertainty in the minds of people.

“When you hear rumours that the election we are preparing for may be truncated by some elements in the society, we may not know where they are but God who is the owner of the world knows where they are if there are any people like that,” Archbishop Okoh said.

He also charged the Independent National Electoral Commission (INEC), the security agencies and the electorates to use the upcoming election to re-write the story of Nigeria by ensuring a free, credible and peaceful polls.