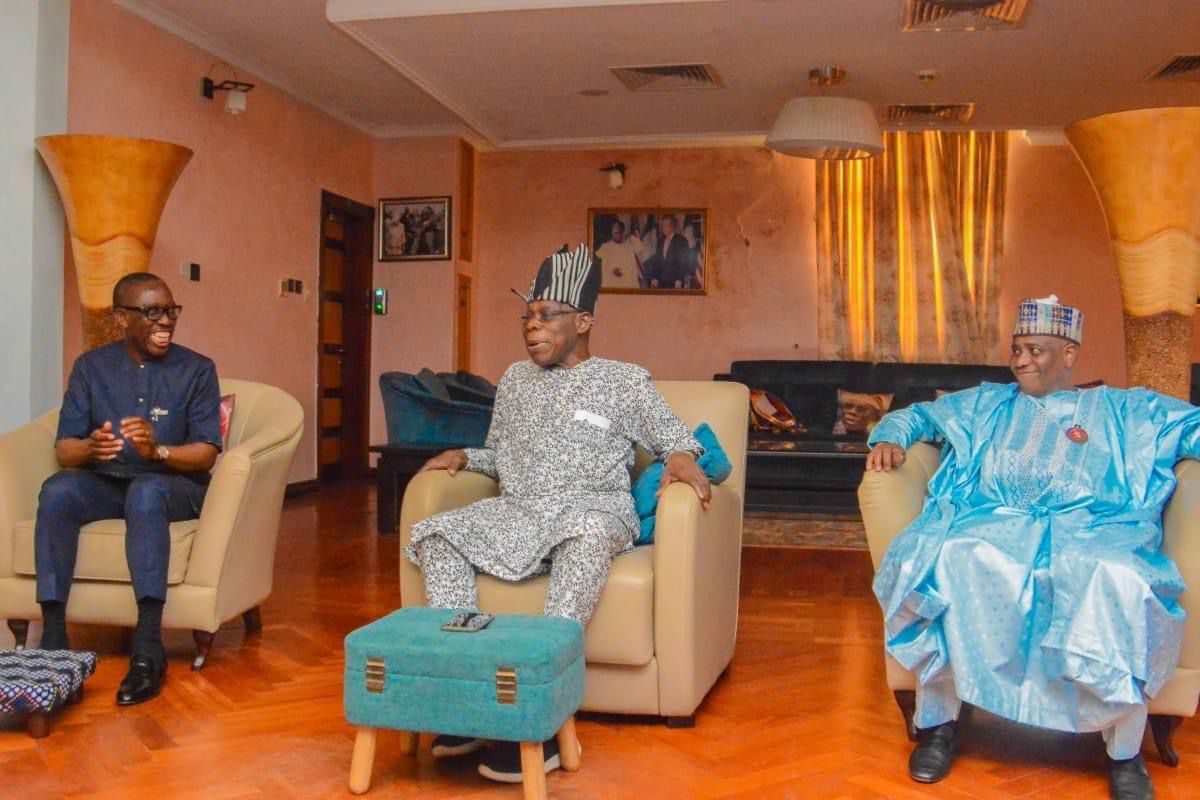 Don&#8217;t allow those messing up with your future succeed, Obasanjo charges youths

Our correspondent gathered that the PDP leaders arrived at the penthouse residence, Olusegun Obasanjo Presidential Library (OOPL), Abeokuta, around 6pm and went into a meeting with the former president.

It was further gathered that the meeting lasted for about two hours.

Speaking after the closed door session, Tambuwal said the team was in Abeokuta, “We came to pay our usual respect and to continue to consult our leader, former President Olusegun Obasanjo, on matters of national interest and we have had a very fruitful conversation with him.”

“We’re in the build up (to the general elections) and we will continue to do what we have to do to win the election.

“My message to Nigerians is that we should come out en masse when it is time in February to vote for a balanced ticket that reflects the characteristics of this country, that will provide leadership that will stabilise this country and revive our economy and foster more of national unity and that is Atiku Abubakar and Governor Okowa.

Also speaking about the meeting, Okowa tweeted, “Our former President, Chief Olusegun Obasanjo, helped usher in a new era of democracy in Nigeria. This is why, earlier today, it was a pleasure to meet with him, alongside our other prominent party Chieftains to discuss the future of our nation.”