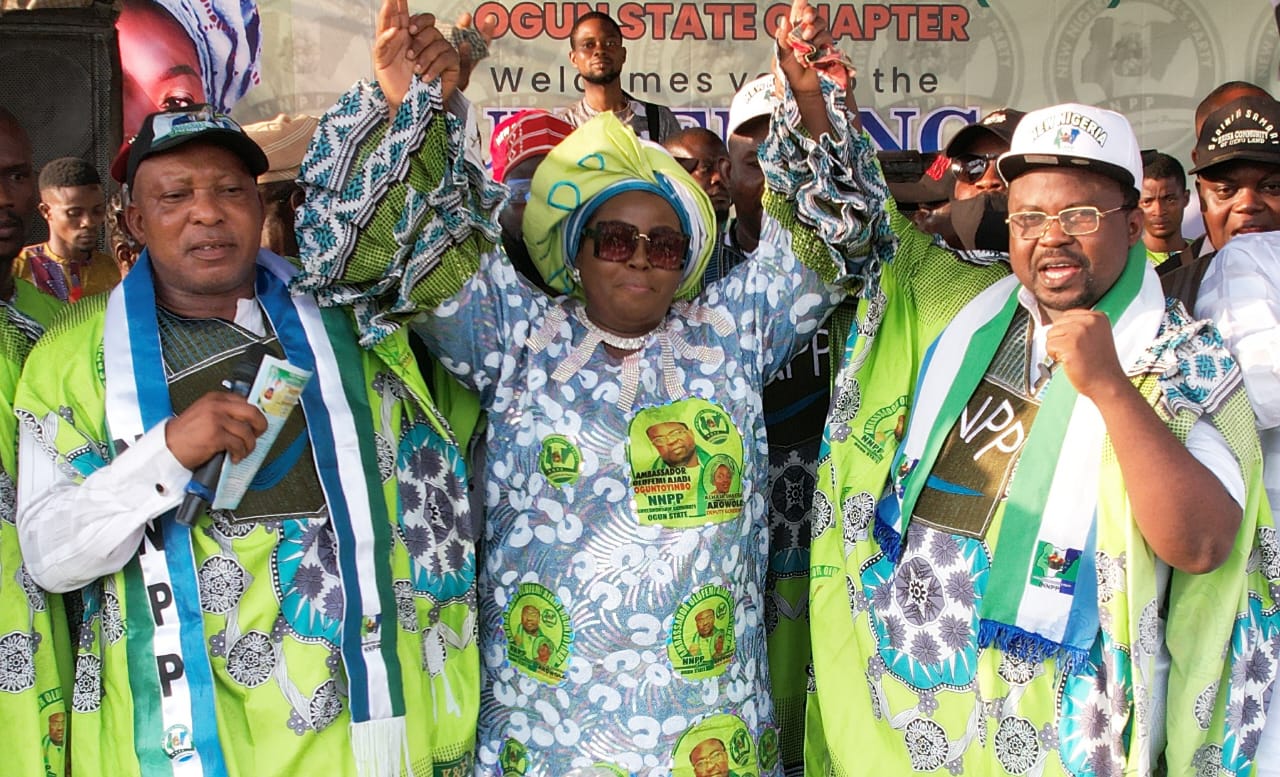 The Deputy Governorship candidate of the New Nigeria People’s Party (NNPP) in Ogun State, Shakirat Arowolo, has advocated 50-50 affirmative action in favour of women in governance, saying 70-30 “is no longer tenable.”

She spoke in Abeokuta, Ogun State, at her formal unveiling at the running mate to the party candidate, Ajadi Olufemi Oguntoyinbo.

Arowolo was formally presented to the party members by the State Chairman, Oginni Olaposi, who was flanked by the party’s candidate.

In her remarks, She said, “I thank NNPP for believing in me and I promise that I will never let you down. All women, it’s time to speak out. There are going to be empowerment programmes for women. The women will no longer sit at home. Ours is going to be an inclusive government.

“This is the time for 50-50 (affirmative action). There is no room for 70-30 percent again. We are going to govern the state together.”

She promised that the NNPP administration would put an end to maternal and child mortality in the state.

“I want you all to come out when it’s time and vote for the NNPP and we shall never let you down,” Arowolo said.

Olaposi described Arowolo’s choice as a round peg in the round hole, saying her emergence would enhance women participation in governance.

He also added that the choice of a female running mate has proven that NNPP is gender sensitive and unbiased.

The NNPP chairman vowed that the party would unseat Governor Dapo Abiodun in next year’s election, saying Ogun has never had it so bad.

He expressed worry that insecurity most especially kidnappers have been terrorising road users on Lagos Ibadan expressway.