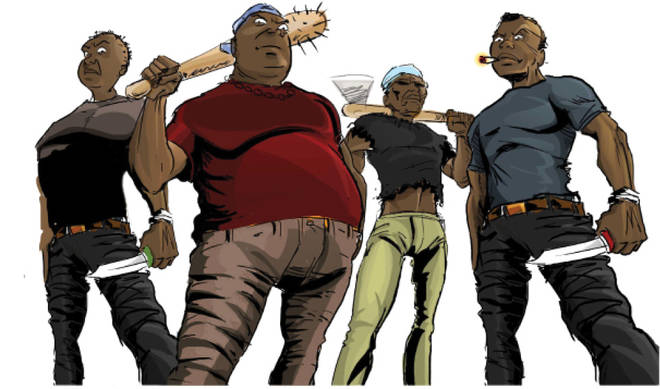 Political thuggery is something that has been ruining the lives of thousands of youths who grew up with the belief that nothing matters in their lives and that they are worthless in society, living under the influence of drugs or being used because of their ignorance.

This is among the few reasons that empowered the growth of political thuggery and it seems in no way unstoppable as long as something is not done to curb it.

Nigerian youths constitute about  70 per cent of the country’s population, but according to various analyses, some of those youths are helpless and ruthless due to poor educational background or mental disorders from excessive consumption of drugs.

The youths with the mentality of political thuggery are mostly been fooled by some powerful people who desired to achieve something by any means or seek to surround themselves with those youths for protection or create chaos among the masses.

However, Nigerian youths are sometimes known as hardworking with ambitious minds to strive and make life good for themselves, but whenever issues of politics come around them, some cannot fight the urge to get involved in fighting, killing or stealing ballot boxes for a little reward. They are mostly helpless youths with no direction for the future. They might have dreams but the little pennies offered to them quickly changed their minds to risk life and follow bad influences.

Some of them are under the influence of drugs, and intoxicants offered to them by politicians to lure them into committing illegal acts. This is a time for the youths to wake up from such manners that do not bring them any positive impact but only lead to the loss of their lives or ending up getting jailed.

Some politicians need power, and they always choose to ruin the lives of youth as a way means to help them achieve what they want. It should be part of Nigeria’s law to ban political thuggery and stop politicians from manipulating unsuspecting youths for their selfish interests.

The government should also improve the quality and capacity of the educational system in the country from basic to higher so as to help reduce the number of uneducated youths.

Meanwhile, the government should take action against the challenges of the increase in unemployment, which is among the major problems leading youths to political thuggery.