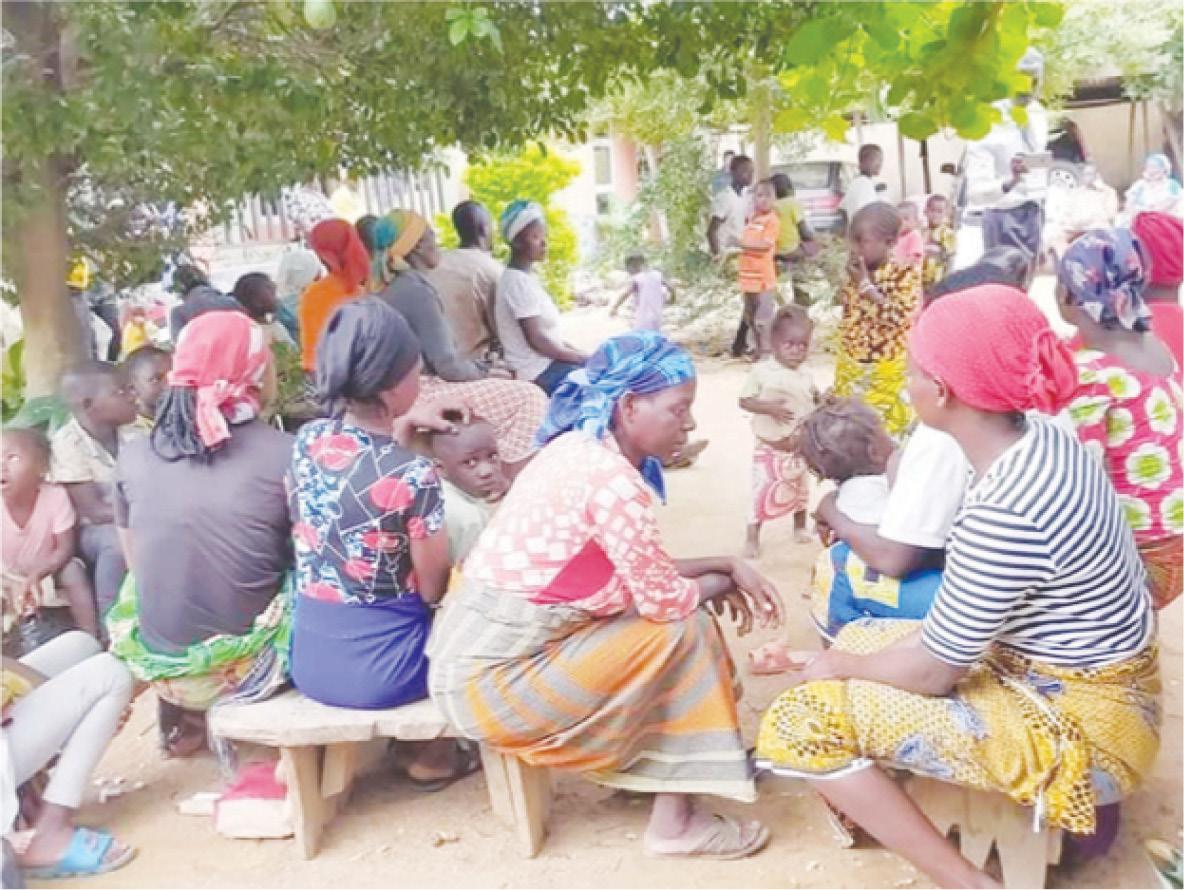 FILE PHOTO: A cross section of the IDPs

The Resident Electoral Commissioner of the Independent National Electoral Commission (INEC) in Niger State, Professor Sam Egwu, has revealed that the Internally Displaced Persons (IDPs) in 14 local government areas of the state will vote in the IDPs camps if the security situation in the state does not improve before the 2023 general elections.

He made this known during a stakeholders’ meeting with political parties, security agencies and other citizens at the State’s INEC headquarters in Minna.

The Resident Electoral Commissioner said the highest of no go areas due to insecurity were in Shiroro and some part of Munya Local Government Areas.

“We need to recognize the unfortunate situation in Niger State, which from my own understanding is a fall out of the crisis of development in our independent existence and it’s a tragedy.

“We have a problem in which banditry and insurgency and the recent trend in which bomb exploded added a new dimension.

“And this can be very disruptive of the electoral processes. We have found about 14 IDPs camps across 14 LGAs and the reality is that many displaced persons don’t even go to camps; they stay with relations under very difficult copping conditions.

“We recognize that the condition which these people fled, they may not take their voter’s card with them or they may not locate where it is today,” he said.

He said the commission was already working to replace the PVCs for IDPs who have lost theirs and to also register those who have not registered before, noting that the commission was committed to inclusive elections, hence the need to factor how to make the IDPs eligible to vote.

Prof. Egwu noted that INEC already has a policy for IDP voting, calling for support and cooperation from political parties and other stakeholders to achieve results.

He said 1, 765 new polling units have been created in addition to the existing 3, 186 in the state, pointing out that some polling units would be depopulated before the elections.

Yusuf said if the security situation does not improve, the voters in Shiroro Local Government Area would have to travel to Minna, the State Capital, to vote after which the results would be taken back to Shiroro LGA.

Daily Trust gathered that Kuta, Gwada and Zumba, where the three major IDPs camps are located in Shiroro Local Government Area, are 63km, 45km and 64km from Minna.