The All Progressives Congress (APC) presidential candidate, Asiwaju Bola Ahmed Tinubu, has said that Nigeria is at a critical moment when misguided persons seek to… 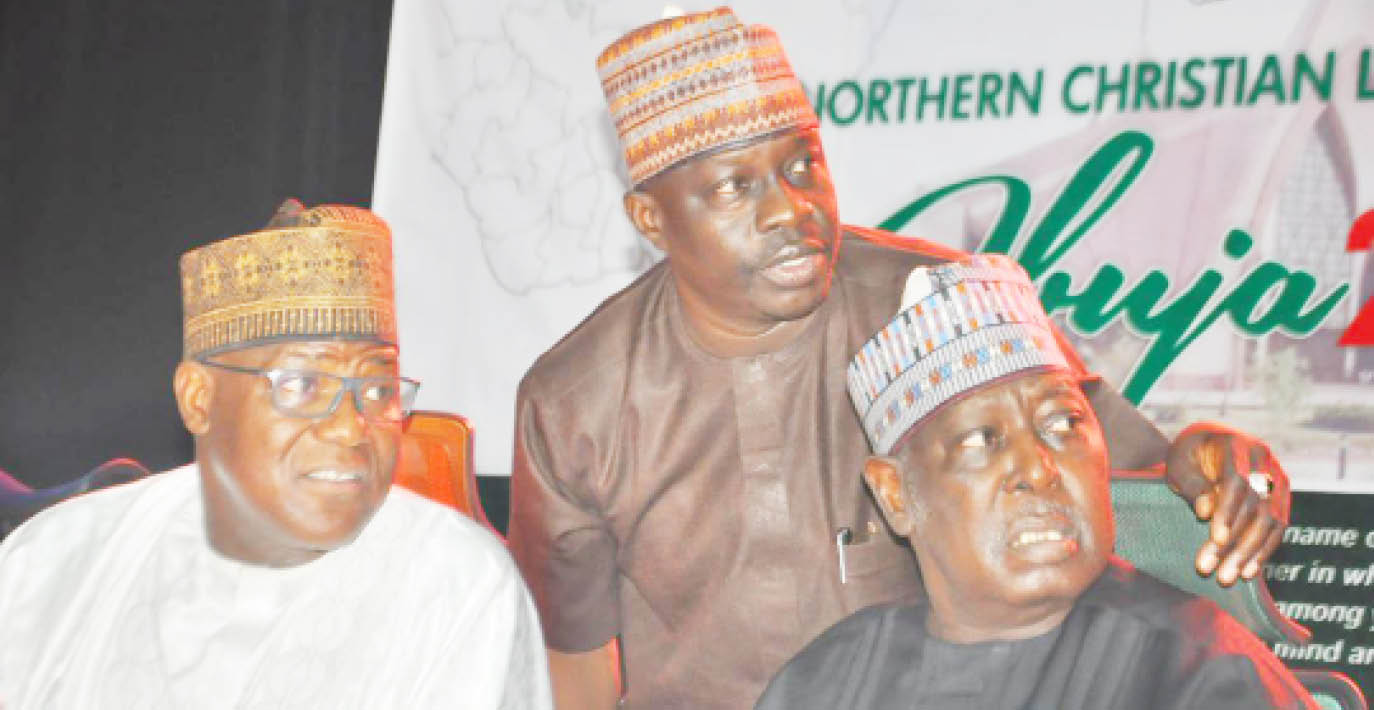 The All Progressives Congress (APC) presidential candidate, Asiwaju Bola Ahmed Tinubu, has said that Nigeria is at a critical moment when misguided persons seek to stoke religious and ethnic divisions among the people.

Tinubu said the aim of such actors was an attempt to destroy social harmony and reign violence in the country.

The former Lagos State governor noted this in a statement  while congratulating the newly elected president of the Christian Association of Nigeria (CAN), The Most Rev Daniel Okoh. Tinubu urged Nigerians of all faiths to agree to live in peace and eschew violence and hatred.

“As a country, we are in a critical moment when misguided and terrible actors attempt to destroy social harmony and reign violence on us all. These awful forces seek to stoke religious and ethnic divisions in the hope of pitting Nigerians against one another. While we may not agree on everything, all well-meaning Nigerians agree that we must live in peace, respect and honour our diversity and eschew violence and hatred,” he stated.

Tinubu, who noted that the CAN was one of the most important organisations that sought the betterment of the country, added that the newly elected president of the association would advocate the benefits of good governance for all Nigerians, regardless of creed or belief systems.

This is as a former Speaker of the House of Representatives, Yakubu Dogara; former Secretary to Government of the Federation (SGF), Babachir Lawal and some Christian chieftains of the All Progressives Congress(APC), have threatened to sink the party for fielding a Muslim-Muslim presidential ticket.

The threat was made yesterday in Abuja at the ‘APC Northern Christian Leaders Summit.’

Lawal and Dogara, in their separate presentations at the event, urged northern Christians not to surrender to the Muslim-Muslim ticket of the APC.

They and others who spoke urged Christians in the North to speak with one voice against the Tinubu-Shettima ticket.

Dogara, who said that APC was now looking like a ‘janjaweed’ party, also said Senator Ahmed Bola Tinubu made a fatal error of judgement in his running mate choice as Nigeria of 2022 is not that of 1993.

“The truth must be told that anyone who is not bringing us together is consciously tearing us apart. When we talk about a Muslim-Muslim ticket, God forbid that we should be understood to be objecting to Muslims or that we don’t want Asiwaju Bola Tinubu to be president.

“It is not about Senator Kashim Shettima either, it is about what is right and what is wrong. It is about justice, fairness and equity. It is about Nigeria, its diversity and how it can be harnessed in an inclusive manner for the greater good of all of us.

“Be that as it may, some of us really wanted Asiwaju to be president because he has sacrificed much for our party, the APC and for what he represents to so many people. So, our position cannot be against Muslims or Islam. That fact cannot be denied in any way,” Dogara said.

He said the fact that some said Christians should not worry about a Muslim-Muslim ticket while a Muslim-Christian ticket give them sleepless nights should make people worry the more.

He described as “hogwash”, the claim that there is no Christian competent enough from the North to be a vice presidential candidate of the party.

“Our opposition has some historical basis. There were times in the past when Christians produced the deputy governors in Kebbi, Niger and Kaduna states. Now, it is wholly Muslim-Muslim tickets.

“It is also now a recurring practice in the North, whereby any Christian traditional ruler that dies is replaced with a Muslim prince, albeit from the ruling family, even if the most qualified and preferred prince is a Christian. The recent case of Billiri chiefdom in Gombe State is still fresh in our minds,” he said.

Lawal also said the main purpose of this historical narrative was that for the APC, a Muslim-Muslim ticket had been a long term political strategy and not a one-off decision.

Contacted for comments last night, the APC National Publicity Secretary, Barrister Felix Morka said, “As citizens, our Northern Christian leaders are entitled to their preferences. However, the position they have taken is unhelpful to anyone and contributes nothing to the need of our people for good governance, security and improved standards of living.

“Our needs are the same, irrespective of religious affiliation, and working to uphold the wellbeing of all Nigerians is at the core of the commitment of the presidential and vice presidential candidates of our party going forward to the general election of 2023.”