A retired Assistant Inspector General of Police, Ambrose Aisabor, has said that Nigerians should hold governors and security agencies responsible for electoral violence in the… 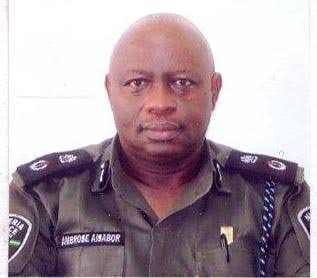 A retired Assistant Inspector General of Police, Ambrose Aisabor, has said that Nigerians should hold governors and security agencies responsible for electoral violence in the forthcoming 2023 election.

Aisabor said this on Monday in Benin during an interview with Daily Trust. He noted that with less than three months to the election and the commencement of the campaign, electoral violence has been witnessed across the country

According to him, the governors used the police as willing tools being that ninety per cent of operational and logistical needs of the police are provided by state governors while the force headquarters only pay the salaries of the personnel

He said following the development, state commissioners of police have become vulnerable and have no courage to correct their governors when they are wrong so that the governors would not stop giving them logistics as well as calling for their redeployment once the governor perceived them as not dancing to their tune.

“When there is electoral violence, the commissioners always look the other way and most times deny the existence of such violence in their commands as they are not ready to offend their governors in order to continue to receive assistance from them,” he said.

Aisabor called on the federal government not to abdicate its responsibility to the security agencies since state police are not yet available.

He called on the Inspector General of Police to withdraw men and officers of the police in the hands of private individuals to man INEC facilities across the country to guide against the burning down of INEC facilities.