Governors, elders and other top shots of the Peoples Democratic Party (PDP) are upbeat as members of the National Working Committee.. 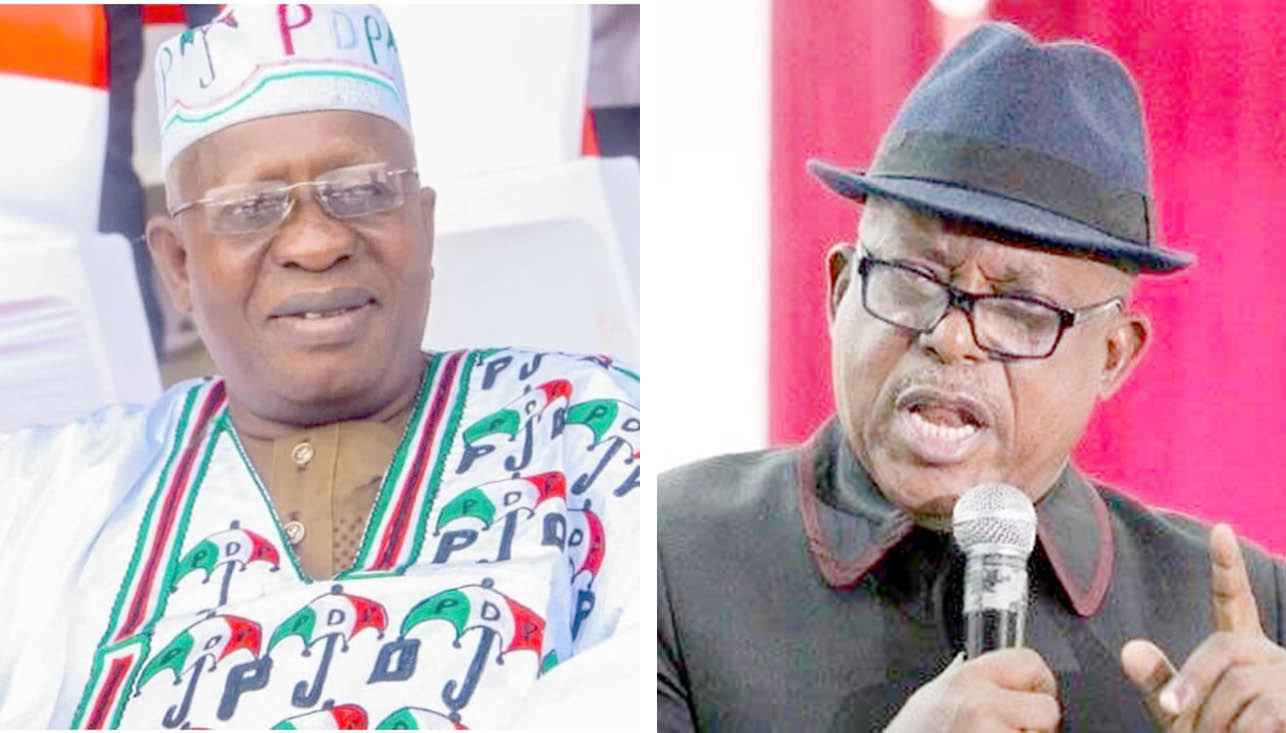 Governors, elders and other top shots of the Peoples Democratic Party (PDP) are upbeat as members of the National Working Committee (NWC) are elected today to lead the main opposition party to the 2023 general elections.

The coast became clear for the party to conduct its national convention Friday after a Court of Appeal sitting in Port Harcourt struck out the appeal of the embattled former national chairman, Prince Uche Secondus, seeking to stop the exercise.

The three-man appeal panel headed by Justice Haruna Simon Tsammani, in a unanimous decision on the application in the suit marked CA/PH/339/2021, held that  the application by Secondus was only aimed at distracting the party from going on with the convention, stressing that the application lacks locus standi.

Justice Gabriel Kolawole, who read the ruling said, “The appellant’s (Secondus) motion fails and is hereby dismissed. The sixth respondent (PDP) is empowered to hold its convention without hindrances.”

With the scene clear for the party, the chairman of its convention organising committee, Governor Ahmadu Umaru Fintiri of Adamawa State, said 18 of the 21 positions would be filled through affirmation.

He said the offices of the deputy national chairman, South; national auditor, and national youth leader, were up for contest at the convention.

Fintiri said 3,600 delegates would attend the convention, scheduled to hold today and tomorrow at the Eagle Square, Abuja.

While disclosing that the convention committee would abide by the court ruling on the delegates list from Ekiti State, he said that open secret ballots would be used to cast votes despite the general adoption of consensus option for the emergence of candidates.

The party’s rather seamless path to convention is attributed by some stakeholders to the work of a reconciliation committee chaired by  former Senate President Bukola Saraki in uniting the party.

Set up late last year at a time the party was enmeshed in crisis, the committee went around the country to reassure party members that the solution is not to leave but to stay and resolve all lingering issues.

Daily Trust gathered that the party’s governors influenced the emergence of some of the candidates for the 21 available positions, apart from those from states controlled by the All Progressives Congress (APC), where former governors and other critical stakeholders were allowed to take control.

It was gathered that Dr Iyorchia Ayu and Senator Samuel Anyanwu, who had been crowned as national chairman and national secretary respectively, were candidates of the governors out of the 18 contenders to emerge through consensus.

Elders of the party yesterday told Daily Trust that the party was set to sack the ruling APC come 2023.

A former Minister of Police Affairs, Adamu Maina Waziri, urged the leadership of the APC to be ready to concede defeat in 2023.

“The PDP will come to rebuild the country by providing the basic ingredients to government, which is security to lives and property, as well as infrastructural development.

“But above all, the leaders are being elected, the PDP is correcting the division the government of APC has tried to permanent and make a feature of the Nigerian polity, which is very unfortunate,”  he said.

Also speaking, a ranking senator, Biodun Olujimi (PDP, Ekiti), said the coast was clear for the PDP to bounce back in 2023.

“We have come together to see that the people who have taken us into penury are washed away from the fabric of this country.

“They have impoverished us. Everything has been done to ensure that the ordinary people are suffering. We will not take that any longer. We are going to reposition our country.

“We are going to reposition our polity, and they know,” she said.

On his part, a former deputy national chairman of the party, Chief Bode George, expressed joy over the Court of Appeal judgement.

In a chat with Daily Trust, George said the convention would be a carnival, which the outcome would reposition the party to defeat the incumbent.

He said, “I prayed and believe God is on our side to have a wonderful convention. It will be a carnival.

“When you see us in our different dresses with our flags, dancing, that is the joy of it, unlike the last one. So I am looking forward to a very healthy, heart-warming relationship on the field.

“The platform that has been wobbling will be stabilised and the party can now launch its campaign against the opposition.”

Also speaking with our correspondent, a former chairman of the party in Lagos, Captain Tunji Shelle, said the convention would be a good omen for the party.

They can’t make it – APC

When contacted for comments, the APC deputy national publicity secretary, Yekini Nabena, told our correspondent in a telephone chat last night that the PDP convention would not determine the outcome of the 2023 general elections.

“The PDP convention will not determine it; only the votes of Nigerians will determine the outcome of the 2023 general polls.

“What the PDP has said is not possible. They cannot make it. The PDP will not have the number of governors they had in the 2019 general elections.

“After the convention, a lot of PDP members will defect to the APC. Many PDP members are political freelancers and vultures looking for a place to feed. So many of them will defect before 2023,” he said.

Pressure on Oyinlola to step down

Pressure is being mounted on a former governor of Osun State, Olagunsoye Oyinlola, to step down for Prof Wale Oladipo, a former national secretary of the party, to emerge as deputy national chairman (South), Daily Trust Saturday has learnt.

Both Oyinlola and Oladipo are from Osun State, where the position is zoned to.

Our correspondent gathered that many leaders in the South-West were unhappy that the party is not always united when it comes to nominating officers for national offices zoned to the region.

A party leader who spoke to our correspondent yesterday said, “We are trying everything possible to prevail on Oyinlola to allow Prof Oladipo to emerge.

“It is really not good to see that we are about the only region going for election.”

The argument by those prevailing on Oyinlola is that the former governor has seen it all and he should allow fresh minds to be in charge of the party.

“Don’t forget that he was a national secretary of the party and a former governor. Why is he insisting on becoming the deputy national chairman?”

Many South West delegates are, however, hoping that one of the aspirants would step down.

Speaking on the controversy over who becomes the deputy national chairman of the party, Chief Bode George said, “There are two people contesting for that.

“It is very tight. It doesn’t portend a unified zonal chapter. All the zones have sorted themselves, why can’t we do it?

“This is the same thing that happened the last time I was contesting. With all the resources we put into it, we were not united in the zone, and that was why I withdrew from the race.

“It is very disheartening that this is happening. What are we fighting for? A divided house is a defeated house. Let’s do it by consensus. Sometimes you win, some you lose.”

The dispute over North-West zonal vice chairmanship position of the party has not been resolved, Daily Trust reports.

Sources said the election of the North-West zonal executives of the party had been put on hold following the dispute between the camp of a former governor of Kano State, Rabiu Musa Kwankwaso and that of Ambassador Aminu Wali, over the zonal vice chairmanship position.

The position, Daily Trust reports, has been zoned to Kano State; hence the battle between the two camps.  The situation has forced the leadership of the party to constitute a caretaker committee for the zone.

The camps want to grab the position to brighten their chances ahead of the 2023 elections, thus the feud.

“We are hopeful that the dispute would be resolved after the convention,” a source said.

The 17 zonal positions, including seven ex-officio members, are to be shared among the states in the zone—Jigawa, Kaduna, Katsina, Kano Kebbi, Sokoto and Zamfara.

Legal battle not over – Secondus’ lawyer

While the party proceeds with the convention today, counsel to Secondus, Tayo Oyetibo, a Senior Advocate of Nigeria (SAN), said the dismissal of his client’s application was not the end of it as the instructions of the appeal were still alive.

He said there was an appeal pending before the court, adding, “It is the outcome that would determine the validity or otherwise of the convention.”