Ekiti State House of Assembly has endorsed Governor Kayode Fayemi for the 2023 presidential election. Fayemi, a second-term governor and chairman of the Nigeria Governors’… 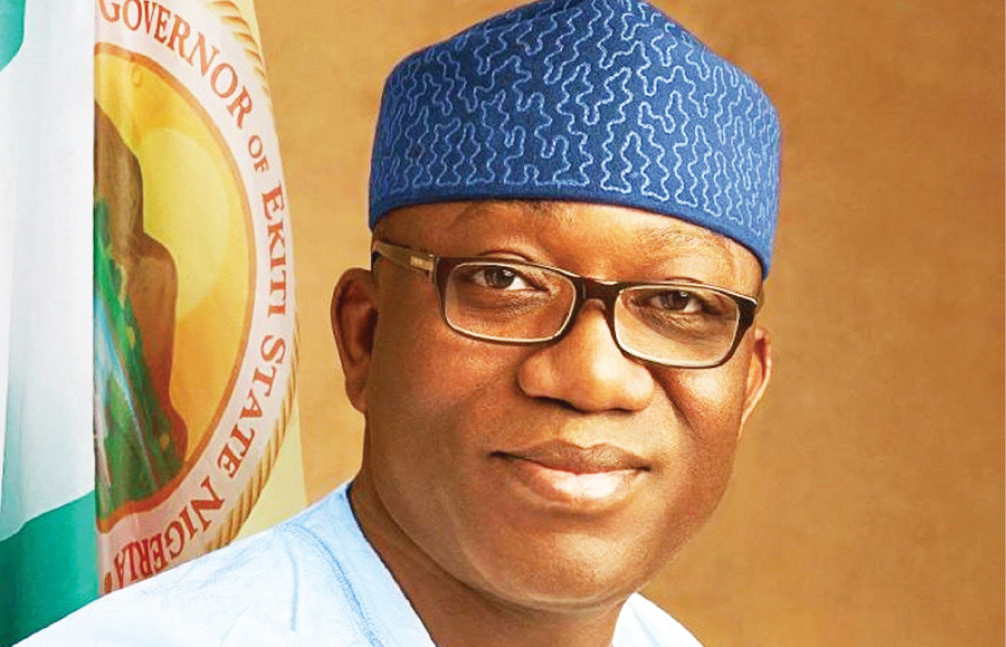 Fayemi, a second-term governor and chairman of the Nigeria Governors’ Forum (NGF) is, however, yet to formally declare for the presidency, Daily Trust reports.

He is the second governor to be endorsed by his state assembly. The first is Governor Yahaya Bello of Kogi State who was endorsed by the state Assembly recently.

The Ekiti lawmakers endorsed Fayemi on Wednesday when members of a group, ‘Our Belief Project’, visited the assembly.

The speaker of the House, Funminiyi Afuye, who spoke on behalf of the 26-member assembly, pledged to mobilise for the actualisation of the Fayemi presidency.

The group’s coordinator, Chief Adewunmi Abejide, said they were at the assembly to get its nod to put pressure on Fayemi to contest the 2023 presidential election.

In his address, the speaker remarked that the lawmakers were witnesses to the sterling qualities and competence of Governor Fayemi in terms of delivery of democracy dividends which, he noted, led to the radical transformation of the state.

“We know that if Governor Fayemi is given a higher responsibility, he will surely not disappoint.

“The candidature of Dr Kayode Fayemi in the forthcoming presidential election should make any Ekiti man proud, because he has been administering Ekiti State the way late Chief Obafemi Awolowo governed the old western region, however, with a modern touch.

“You don’t need to preach to us, we are with you on this and we promise to give you our full support,” the speaker said.

The coordinator of the group, Chief Adewunmi Abejide, chairman of the State Local Government Service Commission, said it was high time an Ekiti man became the nation’s president.

Abejide said the group had consulted notable leaders and traditional rulers across Yorubaland and that it was clear Governor Fayemi is the best man for the job.