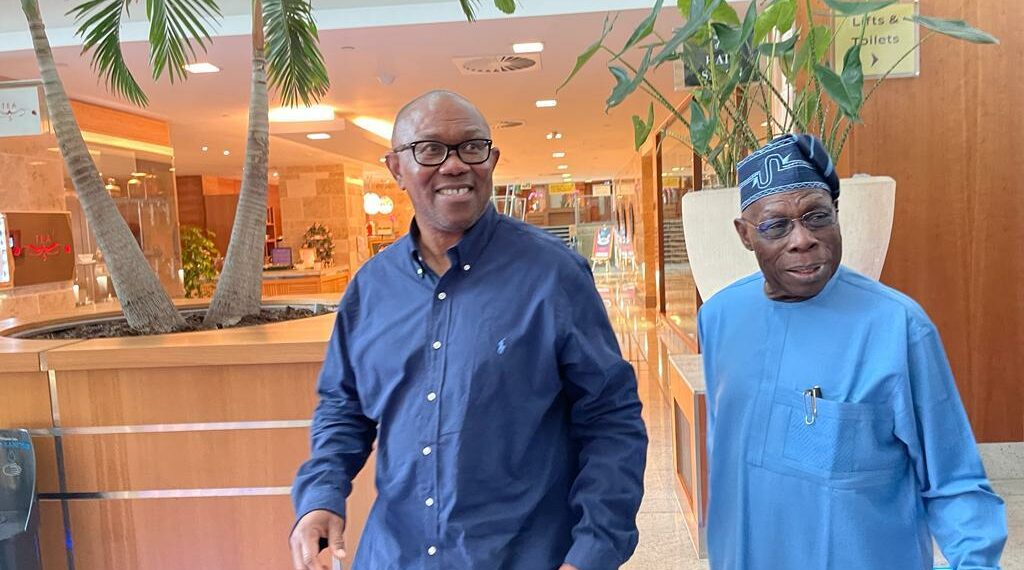 Our correspondent reports that Obi had in July met with Obasanjo in Abeokuta.

The duo had also paid a visit to another former Head of State, General Ibrahim Babangida, also in  Minna.

The LP candidate via Twitter handle disclosed his visit to Obasanjo which he hinged on a matter of national interest.

“I deeply appreciate the opportunity to hold extensive discussions with President Olusegun Obasanjo earlier today on arising national interest matters. As usual, the exchanges were forthright and animated. -PO,” he twitted.