Governor Ahmadu Umaru Fintiri of Adamawa State has picked a female Professor, Kaletapwa Farauta, as his running mate for the 2023 election. 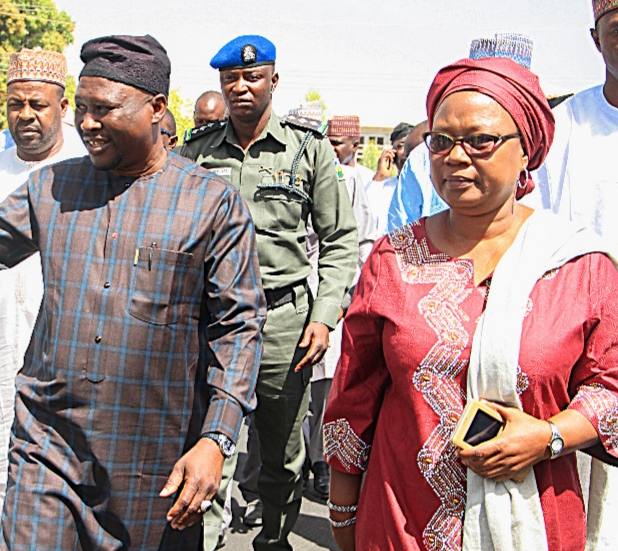 Governor Ahmadu Umaru Fintiri of Adamawa State has picked a female Professor, Kaletapwa Farauta, as his running mate for the 2023 election.

Professor Farauta is currently the Vice Chancellor of the Adamawa State University, Mubi.

At the unveiling ceremony in Yola on Wednesday, Fintiri said Professor Farauta was selected based on her honesty, integrity, transparency and hard work.

He said that she was expected to discharge her responsibilities with due diligence and fear of God, in addition to her motherly role of keeping the home.

“Her choice was a result of painstaking and strategic calculations especially the need to further carry the women along by being gender-sensitive,” he said

Governor Fintiri urged the opposition parties to join his administration to work for the progress and development of the state.

“We will play politics with decency and decorum and devoid of primordial sentiments or emotion,” he added.

In her remarks, Mrs Farauta, who described her selection as an act of God, thanked Mr Fintiri and the PDP for finding her worthy of the position.

While giving assurance of serving with loyalty, commitment, dedication and fear of God, she also said : “We will work assiduously to ensure victory for the party in all future elections”.

Mrs Farauta, born on November 28, 1965 in Numan Local Government Area of the state, is a seasoned technocrat who became the North East region’s first female vice chancellor in the Adamawa State University, Mubi