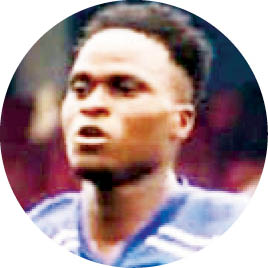 For emerging the highest goalscorer in the just concluded Nigeria Professional Football League (NPFL) season, Rivers United’s marksman, Chijioke Akuneto, is to receive the sum of N3.8m from Eunisell, organisers of the prestigious Eunisell Boot award.

Eunisell placed a premium value of N200,000 for each goal scored by the winner.

For his feat, Akuneto will receive the reputable Eunisell Boot replica and a sum of N3,800,000 at a date and venue to be announced by Eunisell.

According to a statement from the organisers, “Eunisell is passionate about the Nigerian League and believes Nigerian players deserve to be celebrated.”

High flying Akuneto scored 19 goals during the just concluded season to finish ahead of his rivals as the Eunisell Boot award winner.

Akuneto scored a brace on match day 37 on the road at Shooting Stars to take his tally to 18 goals and moved ahead of others, then scored his 19th goal on the last day of the season at home against Gombe United.

Junior Lokosa, then a player of Kano Pillars, won the inaugural edition of the Eunisell Boot in 2018 after scoring 19 goals for Kano Pillars and it has since remained an annual award for the highest goal scorer in the NPFL.