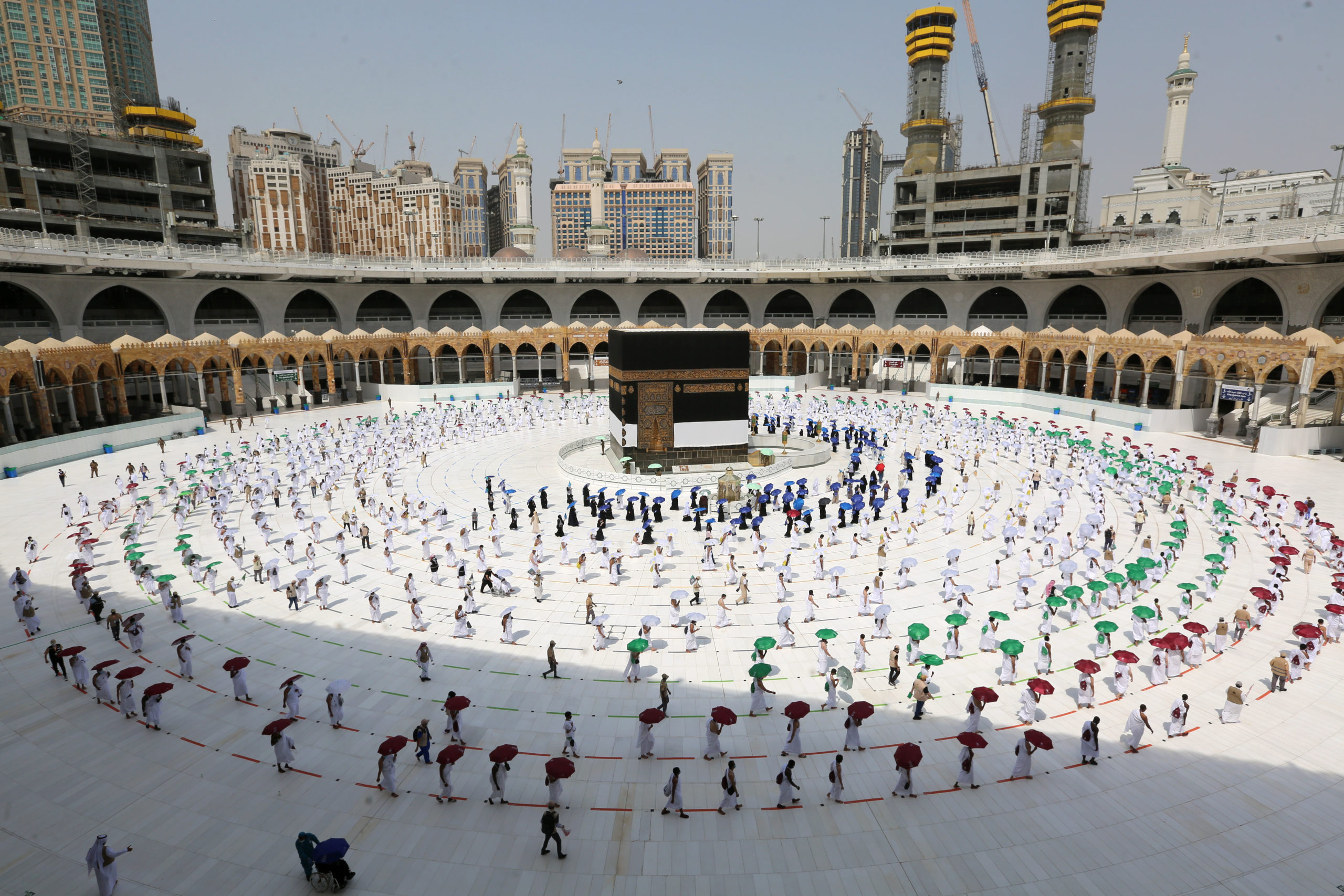 A picture taken on July 29, 2020 shows pilgrims circumambulating around the Kaaba,(Photo by STR / AFP)

The Katsina State Pilgrims Welfare Board has organized a one-day retreat on Thursday for its operational staff to prepare them ahead of the 2021 Hajj operations.

In his address at the event held at the conference room of the board, the Executive Director, Alhaji Suleiman Nuhu Kuki, said among the objectives of the retreat was to review problems of the previous Hajj exercises in the State and draw a road map for a hitch free operations in future.

“Today’s event signifies the commencement of some major actions regarding the conduct of 2021 Hajj. It is therefore, our desire as leaders to embark on assessment of various activities in order to improve Hajj management in Katsina State,” he said.

It was expected that, after the retreat, participants would be well informed on the rudiments of Hajj operations and the herculean task ahead, including the deliberation on the commencement of the newly introduced Hajj Savings Scheme.

“It will also add value to what we are doing, especially, efficient welfare service delivery to our teeming pilgrims. To sum it all, participants will also appreciate the multifarious challenges facing the operations and chart a way forward.

Kuki said the retreat would not only serve as a means of the much needed capacity building for staff of the Board, it would also play greater role in shaping and developing a greater vision in its future activities for many years to come, especially in attending to challenges affecting registration, pilgrims handling, accommodation placements, luggage management.

In his remarks, the Chairman Committee on Religious Affairs of the Katsina State House of Assembly, Hon. Mustapha Yusuf Jibia, expressed satisfaction with the current leadership of the board, saying their foresight has placed the board on the right trajectory towards successful Hajj operations.