2019: My relationship with Okowa won’t affect my mandate with PMB – Kachikwu 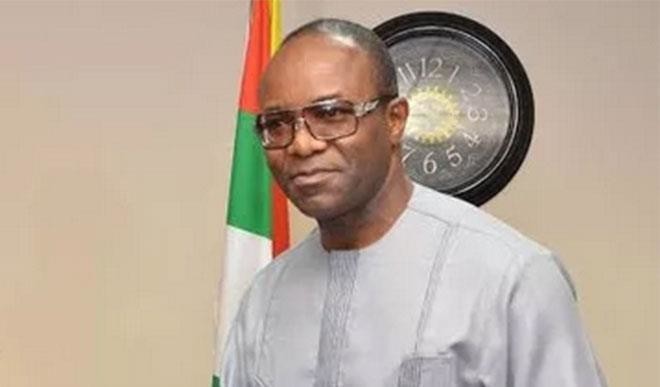 Sat, 15 Sep 2018 16:01:27 WAT
Minister of State for Petroleum, Dr. Ibe Kachikwu has debunked rife insinuations that his cordial relationship with Delta State governor, Senator Ifeanyi Okowa would affect his commitment to the reelection mandate of President Muhammadu Buhari and APC governor in Delta State come 2019.
Addressing Delta APC grassroots leaders and stakeholders forum weekend, at the country home of foremost Delta North APC leader, Engr. Hyacinth Enuha in Ogwashi-Uku, the Minister explained though he still maintains a cordial relationship with Governor Okowa, delivering his principal and APC in the 2019 general elections is entirely beyond personal relationships.
Dr. Kachikwu who is also the leader of the All Progressive Congress (APC) in Delta State regretted the lingering acrimony and division in the state APC which has continued hamper well meaning intentions to reposition the party for victory ahead of 2019.

He noted that overriding selfish interests have been at the root of the crises rocking Delta APC and called for urgent truce to pave way for strategic planning for the forthcoming general elections, stressing that he would give his full support to whoever emerges as Delta APC candidate.
On the controversial mode of primaries to adopt for Delta APC, the state APC leader took side with direct primaries in line with President Buhari and the National Working Committee’s (NWC) preference, but added that the APC national leadership has the final say on the matter.
Earlier in his welcome, the host, Chief Enuha stressed that APC in Delta is one and an end has come to the lingering crises, noting that the all inclusive turn out of party leaders across the warring interests camps from the 25 local government areas of the state was an indication that the time is now to close ranks ahead of political battle in 2019.
A motion was moved for the forum to adopted the lingering agitation that the governorship position by zoned to the Delta North District, but the Minister said such declaration would circumvent the no zoning posture of the APC Constitution, but rather implored the concerned district to reach to the other districts and achieve political compromise on the matter.
The meeting resolved that the forum should be rotated in the three senatorial districts of the state as the minister donated three buses to the three districts.