Ahead of the 2019 general elections, the Chief of Army Staff, Lt. Gen. Tukur Buratai has warned officers to desist from partisan politics or retire… 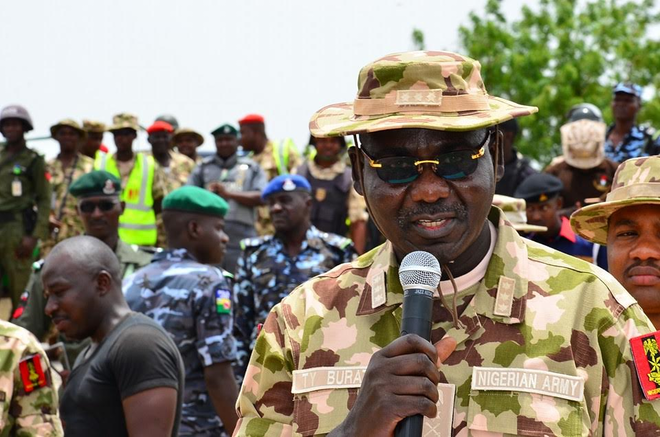 Ahead of the 2019 general elections, the Chief of Army Staff, Lt. Gen. Tukur Buratai has warned officers to desist from partisan politics or retire voluntarily and become a politician if they choose to.

Speaking on Tuesday at the occasion of the Chief of Army Staff combined second and third quarters conference in Abuja, he said the Nigerian Army will not tolerate any form of involvement of any officer in partisan politics but rather be guided by the stipulated code of conduct in the discharge of their duties.

He reminded the officers that they were charged with the task to prevent any act that is inimical to the corporate existence, unity and stability of the country hence that should be their priority rather than be sympathetic to any politician.

Buratai reiterated that there was a special court martial that was put in place to try any defaulter found wanting.

He disclosed that the Nigerian Army has launched Operation Last Hold in the North East to completely degrade the Boko Haram terrorist group around the Lake Chad region and facilitate the return of the internally displaced persons to their homes.

On constraints affecting Army operations in the country, particularly operations Lafiya Dole, he said President Muhammadu Buhari has assured that all requests will be given priority and expeditious approval.

He said that in order to enhance the growing Military Industrial Complex and boost local production, the Nigerian Army was collaborating with some international and indigenous companies in the local production of helicopters, UAVs, radios, vehicles, weapons and equipment spare-parts as well as combat material to boost local content patronage which holds a very good prospect.

According to him, the ongoing operations in different parts of the country to curtail the activities of Boko Haram terrorists, farmers-herdsmen clashes, armed banditry, cattle rustling, kidnapping, pipeline vandalism and militancy among other crimes have witnessed tremendous achievements hence the successes must be sustained and consolidated.