2019 election is between thieves and honest people – El-Rufai

Kaduna state governor, Malam Nasir El-Rufai, has likened the 2019 general election as a contest between honest and dishonest people. El-Rufai, who delivered a keynote… 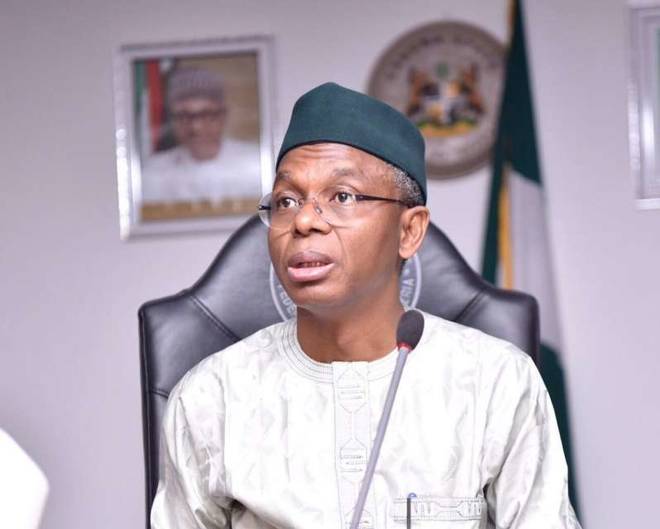 Kaduna state governor, Malam Nasir El-Rufai, has likened the 2019 general election as a contest between honest and dishonest people.

El-Rufai, who delivered a keynote address at the launching of his campaign council in Kaduna, also likened Monday’s flag-off of PDP presidential campaign in Sokoto as a gang-up of ‘thieves.’

The governor said the PDP rented crowd from neighbouring countries because Sokoto people refused to come out for the rally.

He said Nigerians have to stand up and show them that Kaduna is not a state that will allow them cheat the people and the masses.

“What we have done in Kaduna state in the last three years has shown that APC as a party is the one that loves the masses and assists the masses; not a party that will take public fund and share among the rich. That is why we want you people to go out and tell the people to vote President Muhammadu Buhari again.

“So, when it is time to launch President Muhammadu Buhari’s campaign in Kaduna, people should come for the whole world to see that it is not Niger Republic people that are disguising as Nigerians,” he said.

The governor enjoined the people of Kaduna to show that they are in support of President Muhammadu Buhari, when is time to cast their votes.

“We should vote for President Muhammadu Buhari and all the APC candidates. In Kaduna, we will support APC from top to bottom.

The governor said the task in 2019 is to continue to work towards the upliftment of the people as they cannot allow the people whose ideology is looting to return to power.