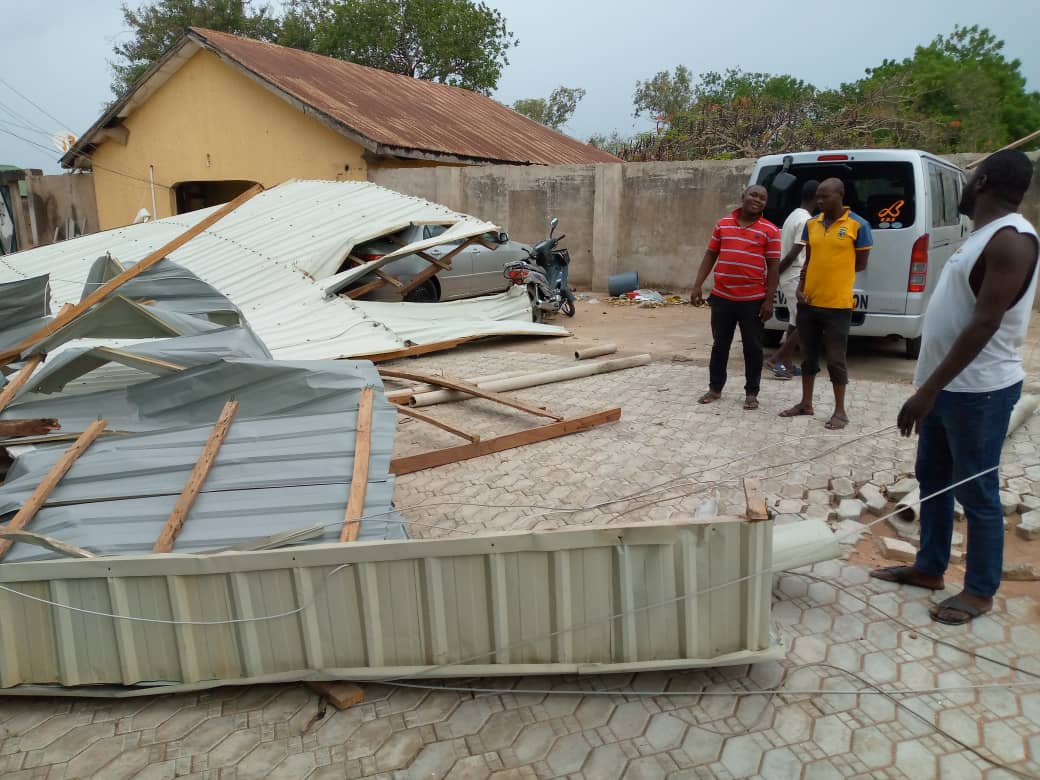 Roofing of a Church blown by windstorm in Wukari, Photo by Magaji Isa Hunkuyi

A windstorm has destroyed more than 200 homes and properties worth millions of naira in the towns of Wukari and Donga in Taraba on Wednesday.

Residents of the two towns,  Idi Muhammed and John Dauda told Daily Trust in separate interviews that the storm accompanied heavy rainfall which lasted for about two hours.

Idi Muhammed said many houses, a church and vehicles were destroyed by the storm in Wukari.

He said as a result, many people were rendered homeless.

There has been no casualty reported.

John Dauda also told Daily Trust that many houses were destroyed by a wind storm in Donga town Wednesday night.

He said residents rendered homeless are putting up with relations whose houses were not affected by the storm.

The  victims have called on Taraba state to assist them with roofing sheets to renovate their houses.