No fewer than 20 cows have been confirmed dead on Thursday in Lokoja, Kogi State. Daily Trust learnt the mysterious death of the cows could… 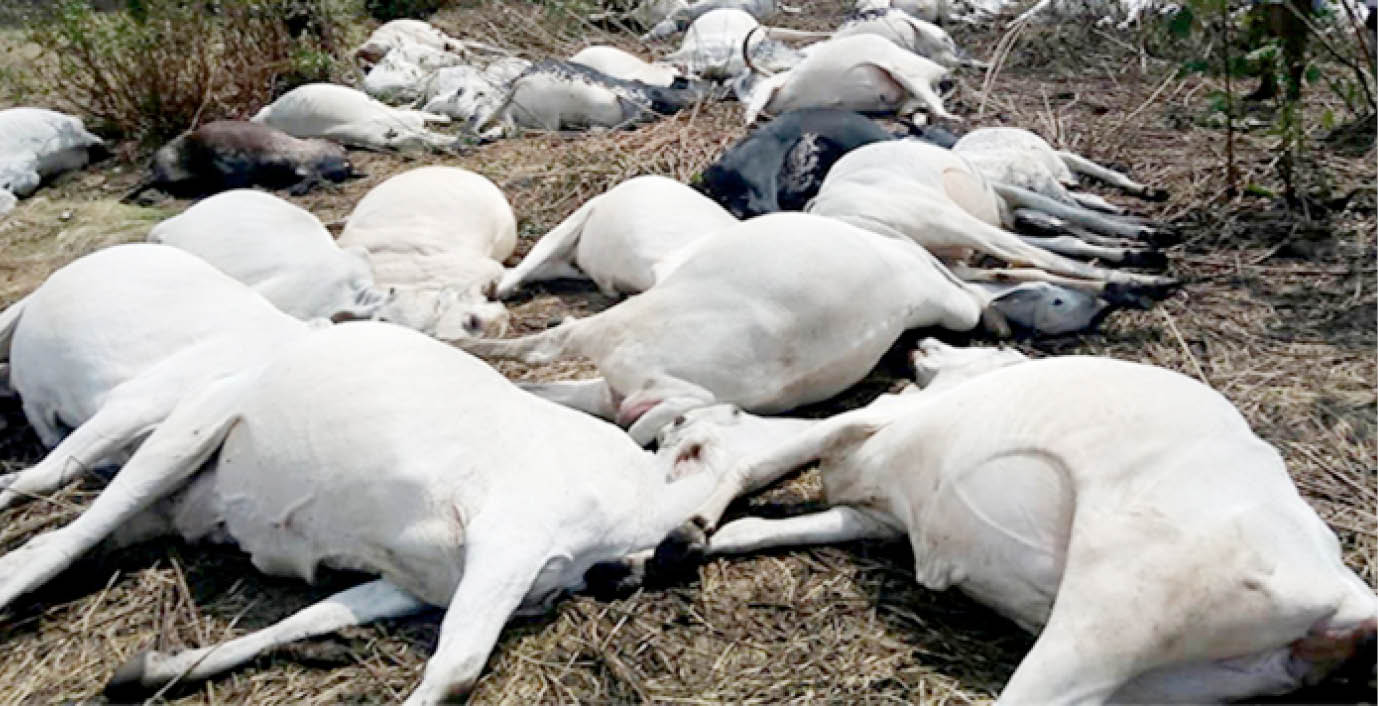 No fewer than 20 cows have been confirmed dead on Thursday in Lokoja, Kogi State.

Daily Trust learnt the mysterious death of the cows could be traced to alleged poisoning.

Following the incident, the Kogi State government has warned the people of the state, especially within the Lokoja environs to stop the consumption of beef in the next one week.

He said that upon receiving the report, officials of the ministry moved into action and recovered some of the dead cows that were in the market for sale.

He said other cows were said to have been moved to Osara, Ajaokuta, Obajana, Koton Karfe and Kakanda in order to sell them to unsuspecting members of the public.

Tarawa said the ministry of agriculture is already working with security agencies to invite the herders involved for questioning and ensure that appropriate action was taken against them.

The Permanent Secretary, Malam Sani Abdulganiyu, urged members of the public to cooperate with the ministry to address the situation without compromising their health.