An Ilorin magistrates’ court has ordered the remand of two suspects over an attempt to kill a sugarcane seller, Habila Salisu, after robbing him of… 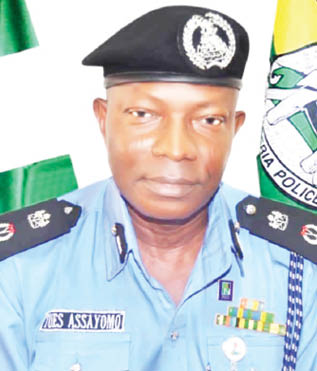 An Ilorin magistrates’ court has ordered the remand of two suspects over an attempt to kill a sugarcane seller, Habila Salisu, after robbing him of N45,000 in Eiyenkorin, Asa Local Government Area of Kwara State.

The prosecutor, DSP Ologbonsaye, told the court that AbdulWaheed Yaro and Habeeb Ismail, alongside others at large, approached Salisu under the guise of patronising him, “But they collected his sugarcane from him and refused to pay him. Rather they started beating him and inflicted injuries on him in the process.

Driver, others escape as vehicle bursts into flames in Abuja

“The defendants and their cohorts who are members of a notorious secret cult group also robbed their victim of the sum of N45,000 which was taken from his pocket.

“They were on the verge of killing Salisu when he was rescued by members of the community who called the attention of the police to the incident and which led to the eventual arrest of Yaro and Ismail.”

The magistrate, Afusat Alege, ordered the suspects to be remanded at a correctional facility and adjourned the case to April 4, 2022.