Residents of Kubwa, a satellite town in Bwari Area Council of the Federal Capital Territory (FCT), were thrown into panic after a two-storey building collapsed,… 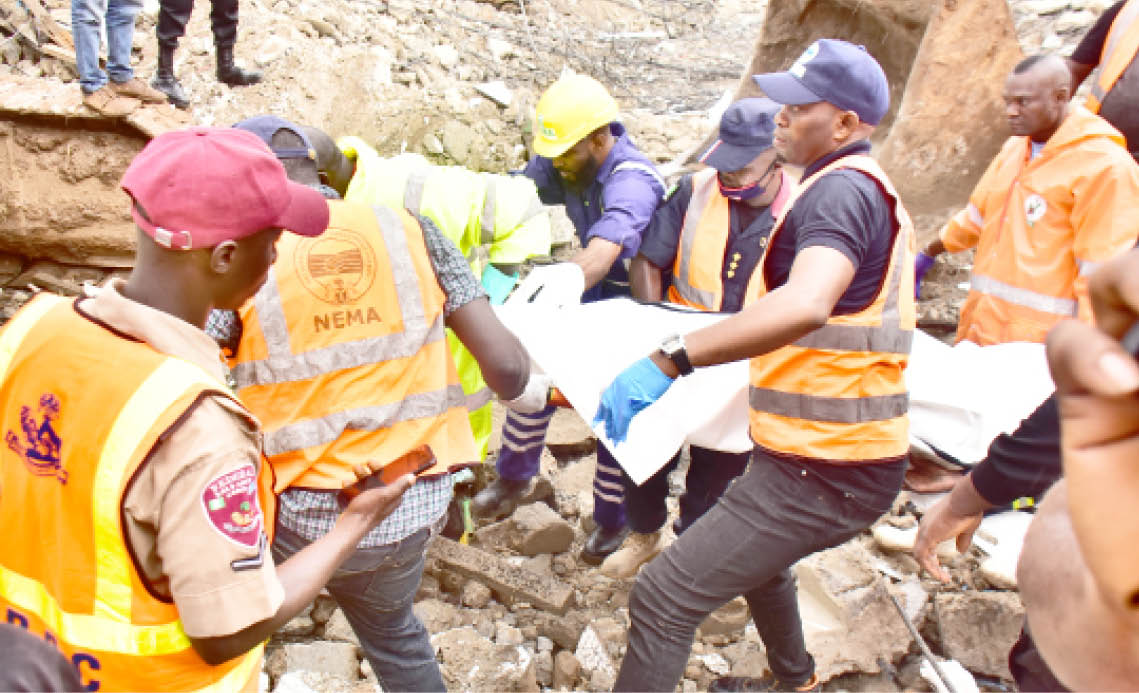 Residents of Kubwa, a satellite town in Bwari Area Council of the Federal Capital Territory (FCT), were thrown into panic after a two-storey building collapsed, killing one person and leaving workers trapped.

The building, which was under construction, collapsed at Hamza Abdullahi Street, off Gado Nasco Road.

Daily Trust Saturday gathered that the incident happened on Thursday night, about 11:30pm.

When our reporter visited the scene yesterday morning, officials of the National Emergency Management Agency (NEMA) were carrying out a rescue operation.

According to the NEMA, six persons were affected.

In a statement, the spokesperson of the agency, Manzo Ezekiel, said the NEMA was alerted about the incident about 1am and immediately mobilised first responders, including FCT Emergency Management Agency, Fire Service, Civil Defence corps and the Police to the site.

The Director General of the FCT Emergency Management Agency (FEMA), Alhaji Abbas Idriss, announced yesterday that two persons that were trapped in the collapsed building in Kubwa, a suburb of Abuja have died.

Alhaji Idriss said the rescue operation at the collapsed site came to an end with five persons rescued alive; three with various degrees of injuries while two persons were unhurt.

Meanwhile, the Minister of State FCT, Dr Ramatu Tijjani Aliyu, has commiserated with families affected by the Kubwa building collapse,

Hafeez Olayinka, one of the victims rescued from the collapsed building, said he was trapped for hours.

Olayinka, who returned to the site of the incident after being treated at the hospital, told newsmen that he arrived at the collapsed building on Monday.

“I and others were trapped since Thursday night. About 11:30pm on Thursday, we noticed that the building was collapsing. We tried to escape but we couldn’t. Five of us were rescued this morning and taken to the hospital,” he said.

Mrs Uba Gloria, who lives beside the building, said the collapsed structure was initially a shopping mall but recently converted into residential apartments.

She said the addition of extra blocks to the structure may have led to the collapse.

An architect, Daniel Chuks, who is also a resident of the area, said sharp practices in building processes often resulted in failures or collapses. He advised that adequate and diligent supervision by relevant and competent professionals should be carried out on every building at every stage of the development process.