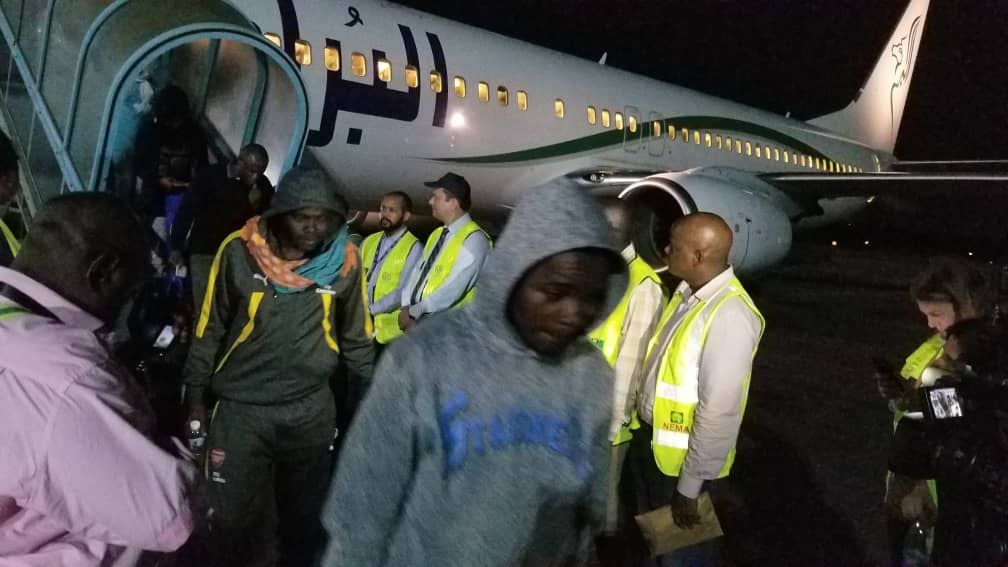 By From Abdullateef Aliyu, Lagos

Wed, 8 Dec 2021 11:45:39 WAT
Another batch of 180 stranded Nigerians from Libya has arrived at Murtala Muhammed International Airport (MMIA), Lagos, the National Emergency Management Agency (NEMA) has disclosed.
The stranded Nigerians were assisted back to the country through the European Union special programme implemented by the International Organisation for Migration (IOM).
The returnees arrived the Cargo terminal of MMIA late night of Tuesday aboard Al Buraq Air Boeing 737-8GK with flight number BRQ UZ 189/190 which took off from Mtiga Airport in Libya.
Figures of the returnees indicated that they comprised 74 female adults, 14 female children and six female infants as well as 64 male adults, 12 male children and 10 male infants.
The returnees are being kept for the mandatory seven-day isolation period before being allowed to go to their respective places for those who have no traces of a particular medical issue.
NEMA coordinator in Lagos, Mr Ibrahim Farinloye, said: “In the course of isolation periods, the returnees will be trained on various skill acquisition and small scale Entrepreneurial techniques, while those who are semi-skilled would be trained further and those who wish to embark on entrepreneurial ventures will be facilitated to start on a sound mote.”
He explained that this was aimed at rehabilitating and engaging them for proper reintegration back to their respective communities after the isolation period.
Other agencies that participated in the operations are NAPTIP, the National Commission for Refugees, Migrants and Internally Displaced Persons, the Nigeria Immigration Services, among others.