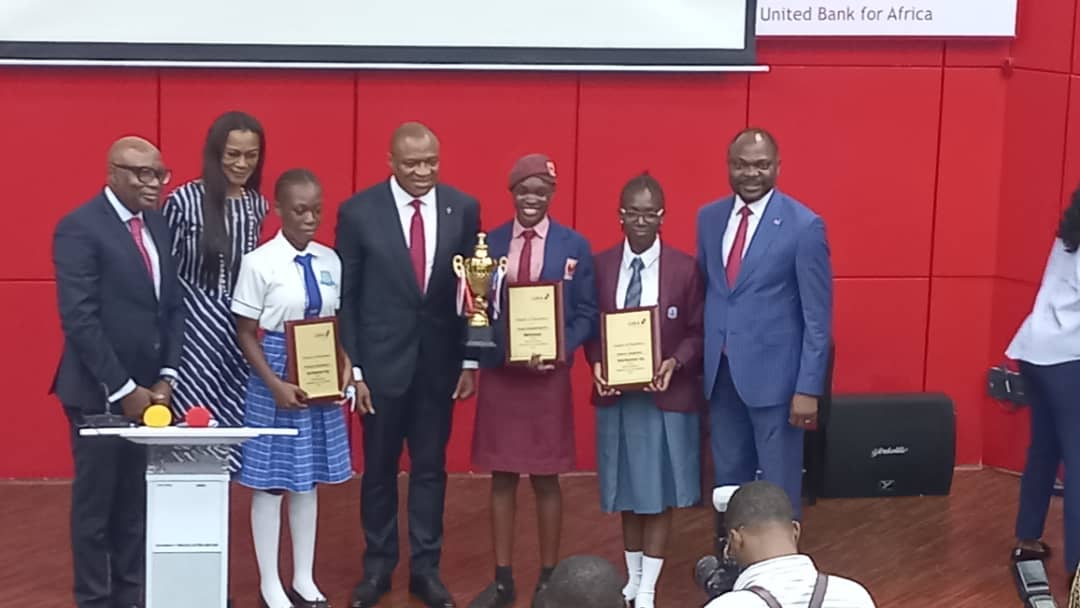 Otong clinched the best prize after beating eleven other finalists at a competition that had over 5,000 entries from students of Senior Secondary Schools across Nigeria.

Topic for the essay this year was ‘ASUU Strike has often cost Nigerian students time. Advise Governments on how they can reach an agreement with ASUU to improve Tertiary Education in the Nation’ while the topic for the final competition among the shortlisted 12 finalists was ‘Nigeria and the Brain Drain: The Interface between a Better Life and a Loss of Fortunes’.

The champion of the competition got a scholarship worth N5m to study in any African university of her choice, as well as a brand-new laptop among other gifts.

She will also be supported throughout her educational career and beyond with constant mentoring by the UBA Foundation.

The first runner-up won a N3m educational grant and a laptop while N2.5m and a brand-new laptop went to the second runner-up. Other nine finalists, which included only one boy, also received brand new laptops as well as consolation prizes, including books and other learning materials.

According to Otong, the scholarship will go a long way towards assisting her to actualize her dream of becoming an ophthalmologist.

“This opportunity has changed my life and I really appreciate the UBA and the UBA Foundation for this,” she said

Professor Asabe Kabir of Usman Danfodiyo University, Sokoto, who presented a report on behalf of the judges, described the topic of the essay competition as encouraging and timely, saying, it was a liberal topic which ought to have given the students independent reasoning to express new ideas broadmindedly with unadulterated points, devoid of much plagiarism as was observed in previous years.

This, she said, may be as a result of the narrow scope of the student’s understanding of social issues.

“It therefore goes on to show or suggest that many youths are not conversant with the happenings and realities in their immediate environment. This really calls for a reawaking from not only school authorities but also parents. This generation need to grapple with the realities on ground if we want to have any meaningful intellectual development and sound nation building,” she said.