The dwindling fortunes of the 12-year-old Bayelsa State Plastic Industry has become source of worries to residents and other stakeholders in the state, Daily Trust… 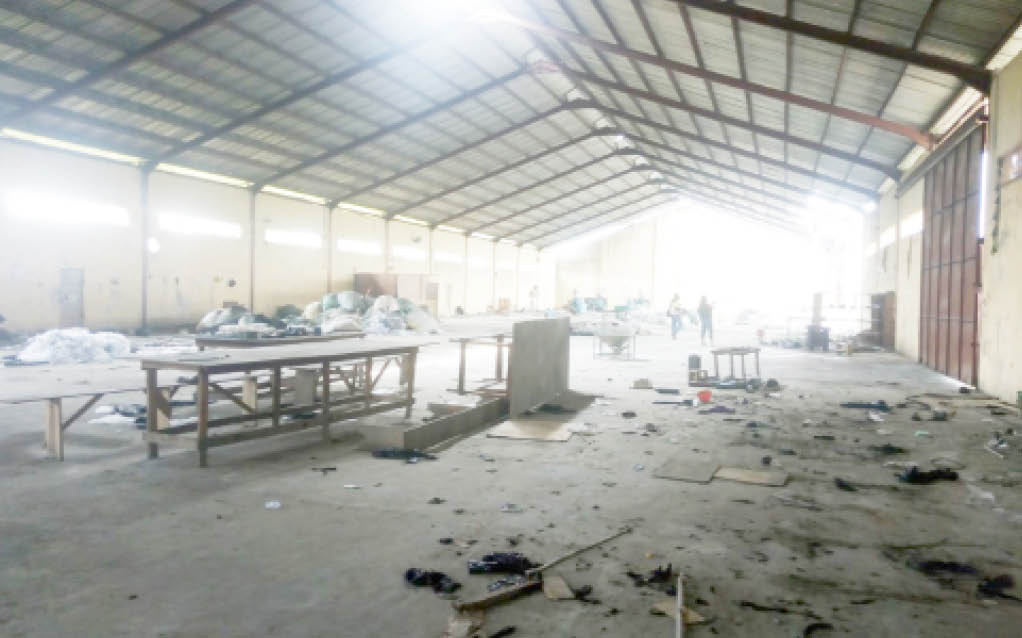 The dwindling fortunes of the 12-year-old Bayelsa State Plastic Industry has become source of worries to residents and other stakeholders in the state, Daily Trust on Sunday reports.

Barely 12 years after the establishment of Bayelsa State Plastic Industry, the once vibrant industry has gone moribund with machines and other equipment looted.

How to get Nigeria back on track – Prof Adamolekun

This is happening when many states in the Niger Delta region and Nigeria at large are trying to diversify their economy from oil to production and industrialisation, while Bayelsa State appears to be looking away from industrial investment.

The plastic factory was the only existing and operational government-owned industry in the state since its creation in 1996, and it was helping in solving the unemployment problem in the state. But sadly, the factory has been allowed to rot away with machines taken away by unknown persons.

The factory was built by the administration of then Governor Timipre Sylva at Elebele community in Ogbia Local Government Area of the state and was commissioned for use in October 2010 by then President Goodluck Jonathan. It was meant to produce all types of PVC pipes, polythene bags and other plastic needs for use in the state and the country.

The factory was functional during the administration of Timipre Sylva and a greater part of Senator Henry Seriake Dickson’s administration. It was producing pipes for use in the state and other plastics for industrial use.

Though at the tail end of Senator Dickson’s administration, the plastic industry had few challenges, it was still producing until the state government concession the factory to a private partner in 2020 when Governor Douye Diri assumed office

It was gathered that most of the oil-drilling companies operating in the state also got their pipes from the factory, while over 1227 indigenes of the state were directly employed in the factory and several others were employed indirectly.

When Daily Trust visited the factory, it was discovered that the factory had been totally ruined, with machines evacuated, and grasses overgrown the entire area.

Governor Diri had on assumption of office in 2020 concession the factory to a private firm, ‘Ebu Oil and Gas’ said to be owned by his kinsman, Mr Ebimie Norman Niweigha, for effective and efficient utilisation and productivity. Unfortunately, the company went moribund in the process.

The workers employed when the factory was functional are left stranded with a backlog of salaries owed.

Residents of Elebele Community where the factory was sited told Daily Trust on Sunday that the abandoned buildings in the factory are fast becoming a security risk to the residents as hoodlums have found a safe haven in the edifice overgrown by weeds.

Already, a company that supplied raw materials and safety equipment for the plastic industry, Kemelight Nigeria Limited, is having a running legal battle with the factory over his unpaid contract money.

The owner of the supplies firm, Dr Krokeme Okoyan, said the management of the factory were not sincere in their dealings, which is the reason the factory died down. He however pleaded with the state government to impress on the management to pay his supplies money.

Reacting to the sorry state of the Bayelsa State Plastic Industry, a human rights advocate and member of the Civil Liberty Organisation, David-West Bekinwariy David, described the situation as worrisome, urging Governor Diri to summon the management of the state Ministry of Trade and Investment to answer questions on how the industry died under their watch.

David said the idea of establishing the factory by Chief Timipre Sylva-led administration in the state was meant to generate revenue and also address the problem of unemployment.

He said: “The status of the Bayelsa State Plastic Industry at the moment is something that calls for worry, as far as I’m concerned, and from what I have gone to see in the factory, the industry is now moribund.

“Some time ago, when the administration of Senator Douye Diri came to office, the Ministry of Trade and Investment brought a private partner to which they concession the plastic industry but at the moment, I don’t know whether the private partners that the factory was concession to do not have the capacity to run the place. If you go to the factory now, you will discover that the place is overgrown with weeds; there is no equipment inside that place anymore, no machines.

“I’m also aware that the staff in the industry; people that were employed to work there were having salary issues, but I was surprised to see the factory that was handed over to the private partners being abandoned and equipment moved away.

“This calls to question the ability and capacity of some persons appointed by the government into positions of authority, because it appears most of them do not know properly what they are doing.

“The industry was meant to generate revenue and solve unemployment issues in the state, so for that place to remain the way it is at the moment, it is worrisome. Former Governor Timipre Sylva used taxpayers’ money to build that place and after leaving office, the place has been rendered moribund.”

Though the Managing Director of Ebu Oil and Gas, the company to which the plastic factory was a concession to, Mr Ebimie Norman Niweigha, could not be reached for comment as he was not responding to his calls and text message, last year while receiving a foreign investor, the German foreign partner, and CEO of U & H Integrated Services Ltd, Christian Hell, on the visit to the factory, he was quoted as saying the industry is planning to partner with investors to advance the course and mandate of the company.

This he said will bring the much-needed economic development to the state and the corresponding revenue.

Hell said the beauty of recycling plastic is not just to create employment opportunities but also to keep the state clean from dirt and waste materials.

He said the foreign firm was open to partner with the company in the area of recycling of raw materials for the production of nylons.

Reacting to the decaying state of the plastic industry, Bayelsa State Commissioner for Trade and Investment, Mr Federal Otokito, said the state government was aware of the plights of the industry and was working to remedy it.

He said: “I’m aware of the situation with the plastic industry; there is no problem, I have gone there to see it myself, we are handling it.”