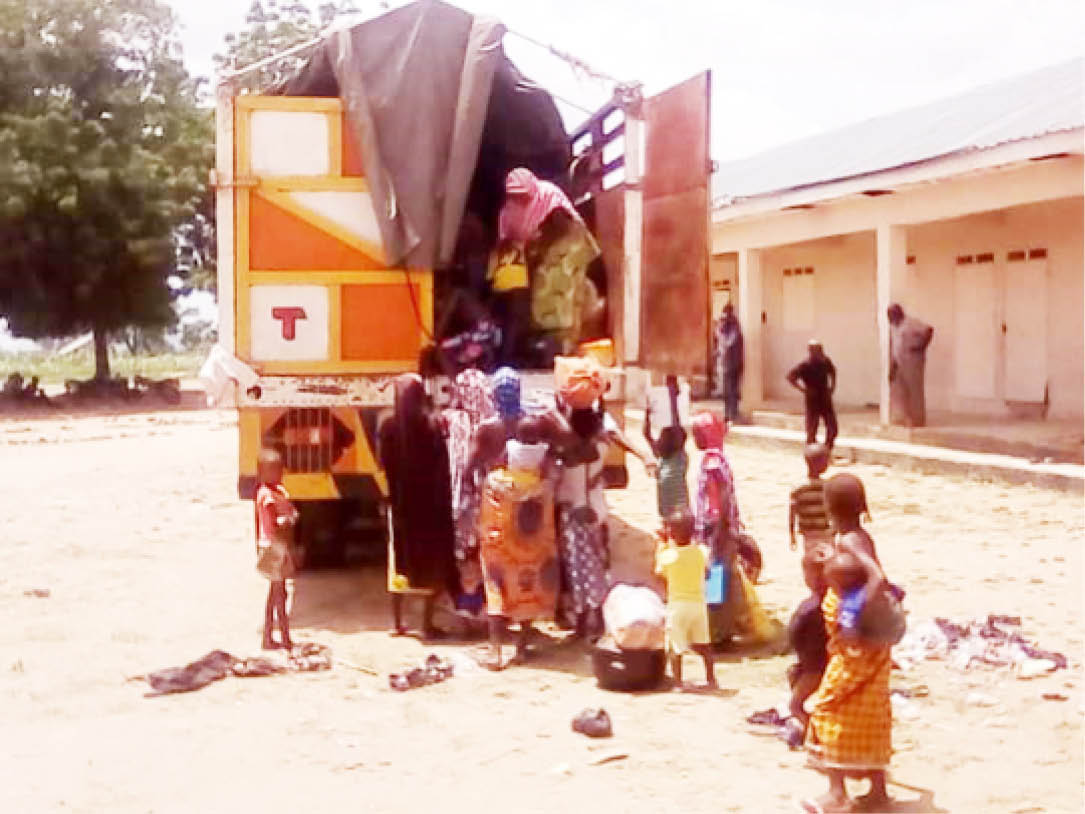 Hunters in Ganye Local Government Area of Adamawa State have turned back a group of 107 Fulani migrating to Toungo LGA of the state.

Eye witnesses told Daily Trust that the hunters stationed at a checkpoint in Ganye town had intercepted a trailer conveying families comprising five men, 32 women and 70 children in the early hours of Monday.

Upon interrogation, the men, who identified themselves as heads of the families, claimed to be migrating from Doma in Nassarawa State to Toungo to settle with permission from the district head of Toungo, Alhaji Hammangabdo.

A source told Daily Trust that prior to the incident, the Toungo district head had sent letters asking security agencies to clear the migrating Fulani.

When contacted, the secretary to Ganye Local Government Council, Brendan Jelani, told our reporter that the migrants were stopped on their way to Toungo and held temporarily at a primary school in Ganye before they were escorted out of the area to return to where they came from.

He noted that the decision was taken after due consultation between the two local government areas, the Department of Security Service (DSS) and the Gangwari Ganye, Alhaji Umaru Sanda, who is the paramount ruler of Ganye Chiefdom comprising of Ganye, Toungo and Jada areas.

Jelani stated that with the present security situation in the country, movement of a large number of people could create panic especially when they did not obtain proper security clearance.

Police spokesperson in the state, DSP Sulaiman Nguroje, said he had not been briefed on the matter.