100 trucks of onion boycott Shasa, leave Sokoto for other countries

One hundred trucks conveying 4,000 tonnes of onion have left Sokoto for other African countries in the aftermath of the recent crisis at Shasa market… 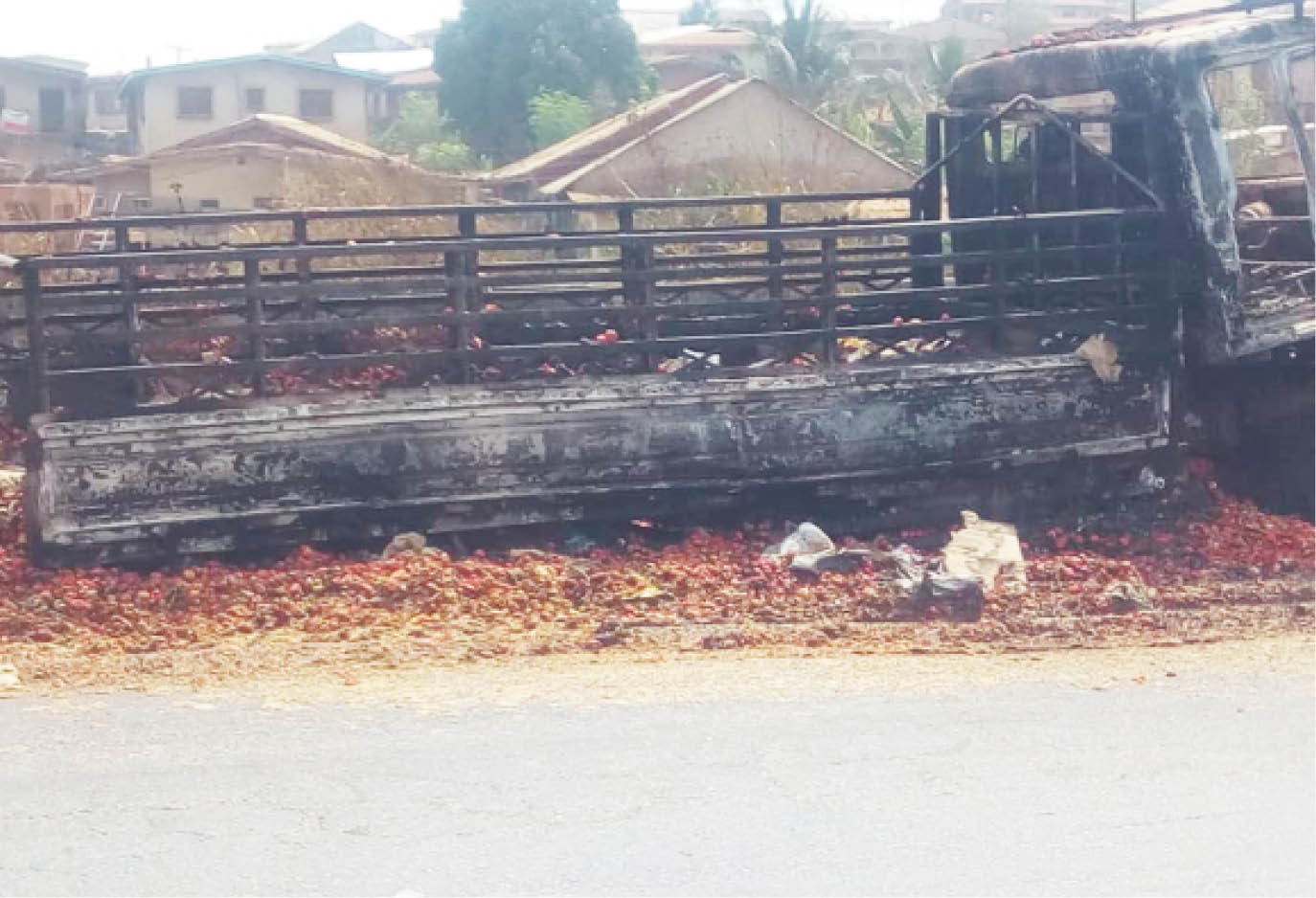 A burnt truck near Shasa market

One hundred trucks conveying 4,000 tonnes of onion have left Sokoto for other African countries in the aftermath of the recent crisis at Shasa market in Ibadan, Oyo State.

The crisis in Shasa reportedly led to the death of 27 onion dealers while 14 trucks were razed.

However, the National President of Onion Producers and Marketers, Aliyu Isa, denied that the decision to export the produce was as a result of the recent Shasa crisis.

Daily Trust Saturday learnt that this was the first documented onion export witnessed in the country.

Speaking at the flag-off ceremony, which took place at Illela border post, Isa noted that the world was witnessing global onion crisis due to the outbreak of purple blotch and Downey mildew in 2019, as well as the challenge posed by the COVID-19 pandemic.

He added that in Nigeria, the situation was further complicated by the flooding of 2020, which made it difficult to attain annual onion domestic demands.

According to him, Nigeria produces 1.4 million metric tonnes of onion every year and is exporting the produce to all African countries, with the exception of Egypt and Niger Republic.

He said that before now, they were spending not less than N1 million to export their produce through the informal way, but now that they have officially documented it; hence they would spend only N100,000.

In his remarks, the comptroller of Customs in charge of Sokoto and Zamfara states, Alhaji Abdulhameed Ma’aji, said they had provided advanced solutions to ease the exportation of made in Nigeria products.

Also speaking, Alhaji Ahmed Yahya, head of the Export Promotion Council in Sokoto, described the development as a giant lift and great feat because a lot of informal exports were taking place along the axis.