Since 2012, the Federal Capital Territory (FCT) Fish Farm Estate has not witnessed any significant activity despite billions of naira spent on the project. Managed… 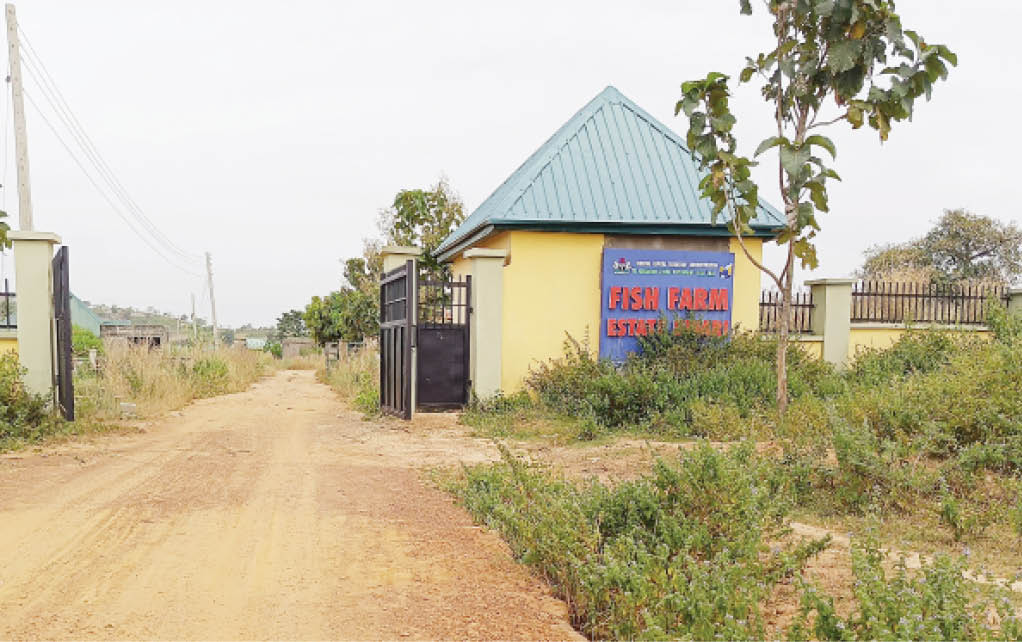 Since 2012, the Federal Capital Territory (FCT) Fish Farm Estate has not witnessed any significant activity despite billions of naira spent on the project.

Managed by the FCT Department of Agriculture and Rural Development, the farm project is yet to achieve its goals as some of the structures like shops and others built in the estate are taken over by grass.

The 10-hectare fish farm estate, which was built in Barangoni village of the Bwari Area Council, was a cleverly designed concept that would have led to a vast fish output, not only in the estate but also in the neighbouring areas.

The project, which was commissioned in 2012 by the then FCT minister of state, Oloye Olajumoke Akinjide, remains a shadow of its planned form.

Reasons farmers should use ‘three-bag’ technology for cowpea storage

When Mohammed Bello, the then FCT minister visited the site in 2017, he expressed total dismay at the estate’s lack of progress and warned that beneficiaries who continued to avoid the site would have their plots canceled in two months if they did not show up.

Although some farmers took that warning seriously and built their homes, only a pocket of them do fish farming, while others are waiting until basic infrastructure are built.

When Daily Trust on Sunday visited the farm estate, it was gathered that those who mobilised to the site did so to avoid the revocation of their plots as threatened by the minister, while others sold their allocations to other intended farmers.

One of the fish farmers who spoke to our reporter said the high cost of diesel, sinking of boreholes, as well as engaging security agents, made production difficult.

Since the project was commissioned in 2012, successive FCT administrations abandoned or showed little interest in scaling up the estate’s critical infrastructure.

Findings showed that some farmers came and left because they could not cope without the basic amenities.

It was also learnt that the construction of the Abuja-Jere highway affected the supply of water to the estate because the pipe that supplied the water was cut and yet to be replaced. The situation forced farmers to look for an alternative source of water.

Although there is an ongoing effort to fix the electric poles to supply power to the estate to boost production, the farm is yet to have electricity.

The fish farm estate was meticulously built to accommodate 100 beneficiaries, who are expected to produce 500 metric tonnes of fish annually and employ 2,000 people.

Each of the beneficiaries has at least a two-bedroom flat and three concrete ponds for fish farming behind or beside the building.

However, 10 years later, the estate cannot even produce 100 metric tonnes of fish per year and many farmers are hesitant to invest in it.

Even the market and banks, which were critical components of the concept, are utterly covered by grass.

“The absence of these things drives people away” one of the few farm workers who simply identified himself as Mr Barnabas  told Daily Trust on Sunday during a conversation in one of the farms that have stopped production due to lack of water.

Stakeholders expect that the FCT Administration would breathe new life into this laudable project.